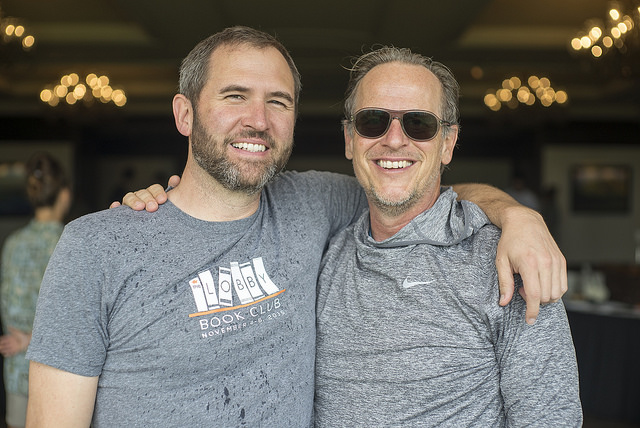 Today, while giving the interview to a journalist during the Swell event, the CEO of Ripple, Brad Garlinghouse made it crystal clear that XRP is fully decentralized. The head of Ripple even went on to say that all the FUD around XRP is spread by only the haters who have an economic benefit in doing so.

While responding to the criticism that XRP is not decentralized, he went on to say even he as a CEO cannot control the ledger of XRP or change a transaction, that’s how much decentralized the cryptocurrency token is. Once an Uber drive and now the CEO of Ripple, emphasized that XRP is ‘very clearly’ decentralized.

Brad Garlinghouse went on to that irony this is, as XRP has become more decentralized, Bitcoin is getting more centralized. Backing his statement that Bitcoin is becoming more centralized, Ripple CEO said that more and more 51% attacks today are launched on Bitcoin and only three mega miners that are based in China that can control Bitcoin blockchain. Cheddar Tweeted a part of the interview video earlier today:

.@Ripple CEO @bgarlinghouse responds to the criticism that $XRP isn't decentralized and is not a true cryptocurrency: "It is very clearly decentralized. I, as CEO of the company, can't control the XRP ledger."#SwellbyRipple #CheddarLIVE pic.twitter.com/hj4XOawdPc

The main head behind Ripple currently, Mr. Garlinghouse believes that a lot of people are spreading the misinformation merely for their economic interests and that does not bother him much. He thinks the facts are crystal clear and say by themselves.

Talking about the facts he said, it’s a fact that anyone can check the XRP ecosystem and that if Ripple does something which is not in the XRP ecosystem’s best interest, the rest of the ecosystem is undoubtedly going to ignore them.

The CEO asserted that without touch the technical stuff for the sake of the general public’s interest, he can confirm that XRP is a decentralized coin at its best. And if someone wishes to dive into the technical details, he’ll find only that too. According to Garlinghouse, many people continue to confuse the general public about Ripple and XRP intentionally, which are two different entities.

In response to the confusion, he said, that’s something that he wants the community to understand. Concluding the discussion, Garlinghouse said,

“Ripple is a centralized company investing in decentralized technology, in the same way Amazon was invested in TCP/IP”

As we all know, times haven’t been that good for crypto market lately, and Ripple’s XRP hasn’t been an exception either. But on top of market trends, two main reasons kept investors away from Ripple(XRP). One was this daunting debate that XRP is centralized, and the other was, it’s a security.

Now, both of these issues seem to be getting resolved over time rather nicely, so we can all expect some good days are coming for the crypto. Yes, the time will tell what’s ahead, but things are apparently starting to change. And, the latest affirmation of Ripple CEO on XRP centralization issue could affect on its market positively too.

What is There to Know about Electroneum Mining