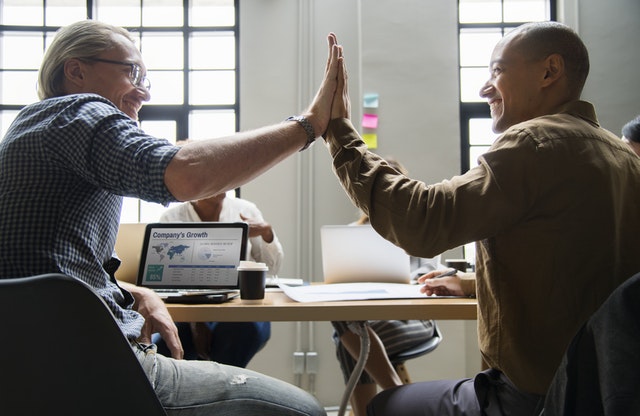 TRON (TRX) founder’s recent tweet indicates that even the mysterious creator of Bitcoin (BTC), Satoshi Nakamoto, might be willing to join in on Project Atlas.

TRON’s (TRX) recent moves are seen by many as very futuristic, and Justin Sun, the TRON’s creator, has called a man ahead of his time more than once. However, even that doesn’t even begin to describe the brilliance of Sun’s recent move to fuse TRON’s technology with the recently acquired BitTorrent in order to improve the coin’s availability and expose it to a colossal number of users.

While many have seen this move as nothing than pure genius, it would seem that even the mysterious figure behind the creation of Bitcoin approves of it. In a recent tweet, Sun confirmed that Satoshi Nakamoto himself might be interested in joining the new Project Atlas. This is due to one of the statements left by Satoshi Nakamoto as far back as in 2008.

It seems that Satoshi Nakamoto himself was interested in joining our Atlas project since Nov. 03 2008. #TRON #TRX $TRX https://t.co/yF1tShQlQR https://t.co/GeVcFW2oH6

@WLFOFMYST : Checkmate. Justin is so far ahead of the game.
#trx #tron $trx pic.twitter.com/hSrpSoeX3S

In the statement, Nakamoto said that, in order for PoW tokens to have value, they need to have monetary worth. To achieve monetary value, they have to use a large network as their means of transfer. And what network did Nakamoto propose as an example? That’s right – BitTorrent itself.

When Justin Sun purchased BitTorrent for TRON a couple of weeks ago, many believed that there might be a big plan to use this technology to help advance TRON’s goals. Soon after, a secret TRON project was announced and kept hidden until only days ago, when TRON launched its Virtual Machine on July 30. Following the launch of Tron VM, the Tron Foundation revealed that the secret project is called Project Atlas, and it will use BitTorrent’s technology to bring TRON to 100 million users.

There are currently not that many details released regarding the project, but those are expected to come by the end of August 2018. What is currently known is that the combination of these technologies is supposed to increase the lifespan of BitTorrent swarms, as well as to bring additional features to BitTorrent protocol with the help of TRX’s own tech.

Additionally, the Foundation’s CEO and founder stated that TRX is now entering a completely new phase of ecosystem expansion.

This comes as only the latest one in the entire series of new developments that have been surrounding TRON in the last several weeks. The next big move that TRON is planning is setting up a new office in the territory of India.

Recently, Sun has moved his office in Beijing, but the plans did not stop there. Currently, TRON’s creator is planning a large expansion, with India being the first to get the honor of being a host to TRON’s new office. Hopefully, the Supreme Court of India will also make a decision regarding the fate of crypto exchanges within the country, which is something that a lot of crypto enthusiasts have been waiting for for a long time.

$8,350 is the mark Bitcoin (BTC) needs to assure to reattain bullish runs