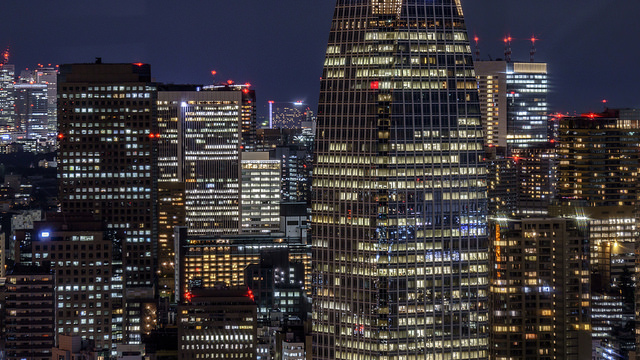 IOTA found itself among a vulnerable crypto market when a hacker attack occurred on Binance a couple of days ago. Although this currency has successfully dodged the heartbleed caused by hackers, it couldn’t stay immune to the consequences that followed this pandemonium. As the market is going through a massive dip, IOTA is going down in price as well as the majority of other currencies. The only bright side of the story is the meetup in Tokyo MIOTA is having. So let’s see what happened on the market to affect it so negatively and how is IOTA doing these days.

The last four days can be marked as living hell on the crypto market as there has been a heartbleed in the market. There was a hacker attack attempted on Binance a couple of days ago, which resulted in chaos, of course. This is narrowly connected to the market dip that has been occurring for the last couple of days where many coins were dropping in prices and still are.

What happened is that the hack attack resulted in creating a chaos for many hours on Binance, causing false information to appear, precisely for the unheard Viacoin (VIA). What happened is that the price of Viacoin went up for the unrealistic 152%, selling on Binance for a larger price than it was worth in the first place. During this incident, approximately 30 accounts managed to sell their Viacoin stash under the unrealistic false price that appeared as a result of the intended heartbleed planted by the unknown hackers.

Of course, everyone immediately presumed that Viacoin has something to do with this incident because this coin was the only currency on Binance showing false information about its price. However, the case is completely different as it appeared that the hackers responsible for this attack were targeting Viacoin because this coin is not as popular on the market and has a pretty low liquidity, which altogether matched their plans.

Then, all fingers started pointing at Binance, asking questions and presuming immediately that Binance is not safe enough for a crypto exchange given the most recent incident with the heartbleed. However, there was a confirmation posted online 3 days ago by Viacoin official Twitter account, claiming that Viacoin has nothing to do with the heartbleed, as well as claiming that Binance probably wasn’t hacked.

The hackers managed to boost the price of Viacoin by taking advantage of API tools, which gave them the opportunity to push the value of this coin while allowing 30 accounts to sell their VIA coins at the false price to the unfortunate buyers who didn’t have a clue about what was going on.

As far as Viacoin concerned, if anything, at least they had their name heard of, although it was all for the wrong reasons.

But, where is IOTA in this story about heartbleed?

Although IOTA wasn’t directly affected by the heartbleed that occurred 4 days ago, it was hit by a negative wave of the current market dip that was among everything else affected by this news as well. People are struggling to put their trust in assets that could be so vulnerable, so the prices of different cryptocurrencies are dizzily dropping.

What made IOTA stand out during this heartbleed is the fact that this digital asset was a part of a business camp that occurred in Tokyo.

But while IOTA developers were having a great time in Tokyo, there appeared another reason that further backed up the horrible market dip, also affecting IOTA along the way.

Apparently, the second reason for the market dip was the most recent announcement from the side of SEC – Security and Exchange Commission of the United States.

If you remember, there has been a similar case that also caused the market dip a couple of months ago when South Korea announced that it won’t accept cryptocurrencies as legal although there isn’t a law prohibiting the existence, trading, and usage of crypto values and digital assets.

With this being said, all cryptocurrencies under the territories that come under the jurisdiction will have to get registered with SEC. In case any of the currencies would fail to get registered, there would be only two options left and none of those options sound tempting.

That is how IOTA in all this mess is trying to achieve new technological improvements for IOTA so it would be possible for this currency and its platform to stand out from the crowd and beat the market dip.

In case you were wondering what IOTA is working on in the Tokyo Business Camp, we will gladly update you on this matter.

Tokyo wants to be viewed upon as on the city hosting global blockchain innovations, so the Business camp was organized where the organization board invited different companies from around the globe that could in any way contribute to their vision by presenting their own projects of innovation and technological improvements.

IOTA was invited as one of such companies and what it was heard from their co-founder is that IOTA is aiming at getting headquarters in Tokyo, Oslo, Taiwan, and Toronto, where Tokyo’s Business Camp would make a great introduction for IOTA and their plans for the future of blockchain technology.

The rumors are that IOTA will make a huge success in Tokyo, which might possibly help this currency step out of the market dip and start dominating the market.

On the behalf of establishing IOTA headquarters in Oslo, IOTA development team is planning on proposing a tempting deal to Sweden. Apparently, IOTA is planning on hosting and developing Sweden’s own official digital currency that should be named e-Crown. It is yet to see whether Sweden would be interested in this proposal or it would rather decide to pass.

Another great news for IOTA when it comes to their plans and projects is the testing IOTA technology in Taiwan’s city, Taipei. The testing is revolving around issuing digital identification cards for all citizens in form of a project called Digital Citizen Card Project.

In the end, all coin holders are on top of everything mostly interested in the price of their favorite coin. IOTA was suffering a great deal due to the recent negative news about the heartbleed on Binance and the SEC’s announcement. However, every new day brings new possibilities. IN that spirit, after more than a couple days of falling down in its price, IOTA finally started to recover.

In case IOTA would to continue at the current pace of growth, trading in the green with the high percentage of growth, this currency should in no time get back to its all-time high and potentially beyond.

aelf (ELF) On The Road Higher