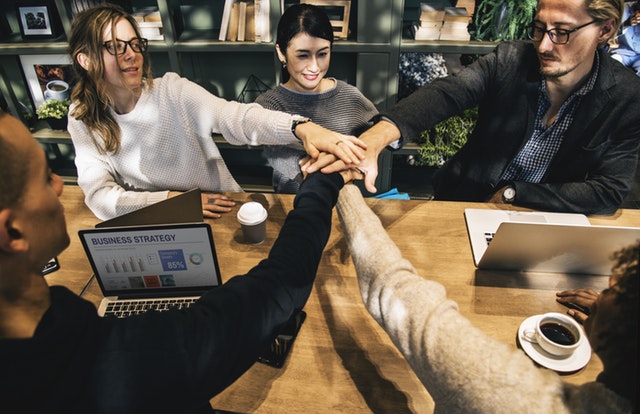 With so many altcoins around these days, it is difficult to find the ones with the most potential. Even finding the coin that has the chances to stick around, in the long run, might be difficult. This is why most people would choose to back the coins that have a potential of solving real-life problems.

While there are many coins with real-life use cases, a lot of them are finding it hard to compete with IOTA (MIOTA). IOTA has proven that its products can not only solve real-world problems of today, but also the problems of the future. The coin has a huge potential when it comes to bringing solutions, but also when it comes to changing the way we use modern technology.

This is why huge IOTA partnerships have been announced over the course of this year, and the coin’s community is more and more enthusiastic with each new announcement.

So far, 2018 seems to be the best year for IOTA, as it managed to make three extremely big partnerships. Those include the ones with Bosch, Fujitsu, and Volkswagen. Thanks to the coin’s many applications, all three of these companies are thrilled to work with it, convinced that IOTA is the best crypto to join their respective industries.

Bosch has described the Internet of Things as a connected world that is constantly growing. New technologies are becoming linked to it, while the devices themselves are becoming faster, cheaper, but also smaller, and more practical. Last year, the company introduced a new sensor XDK or Cross Domain Development Kit. The company has also taken an interest in IOTA’s Tangle, and with XDK, the interaction with it is expected to reach entirely new levels.

Volkswagen has found IOTA to be a perfect way to deliver new updates and functions to their cars. By integrating IOTA’s technology, all such updates will be easily delivered without the need for each car to receive manual service.

This will improve the current and future cars, but it also has a huge potential when it comes to self-driving cars. Maintaining such vehicles on the road will be easy with IOTA’s technology, but also cheaper, more practical, and much faster.

Fujitsu partnership is the newest one that IOTA entered. This company wishes to offer the benefits of IOTA technology to its customers from the automotive and manufacturing industries. Fujitsu is so thrilled with what IOTA has to offer that it has already described it as a new protocol standard when it comes to IT products and services. The company envisioned entire factories powered by IOTA’s Tangle, which would improve upon their efficiency.

In the end, the possibilities of IOTA’s Tangle technology are almost limitless. While the project has already entered a lot of important partnerships, a lot more of them are expected to come. IOTA definitely has some exciting times to look forward to, and while its coin’s price is still relatively low, this might not be the case in the long run.