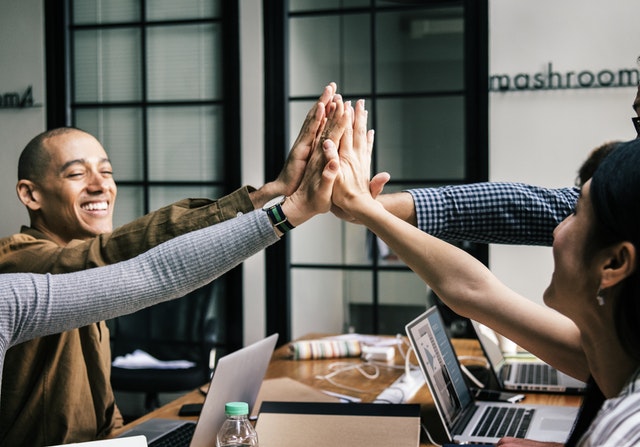 As more and more large companies are becoming interested in the blockchain technology, they keep choosing IOTA as their blockchain research partner. The recent additions to IOTA’s partnership list include Volkswagen, as well as Japanese ICT conglomerate Fujitsu.

Volkswagen wants to bring blockchain on the road

Volkswagen has become known as a large supporter of the blockchain and crypto industry, and their partnership with IOTA is no secret. Right now, the carmaker is researching the new technologies in an attempt to find the way to make it improve vehicles and roads alike. Earlier this year, they confirmed working with IOTA in order to bring the blockchain on the road, and their recent tweet states that they are working hard on providing their customers with super-safe cryptosystems.

VW is currently exploring all areas of blockchain while trying to find all possible use cases that would tie their business to this technology. Many believe that the carmaking industry can benefit from this tech the most, via vehicle servicing, tamper-proofing, and even improving on the self-driving aspect.

The company’s IT Group has been exploring various concepts and potential benefits of implementing the blockchain technology, and have been discussing this with over 300 employees. With the self-driving cars quickly becoming a reality, and cars becoming more and more digitized, it is imperative that they are properly protected from hackers and any type of meddling with the vehicles’ systems.

These are the troubles of modernization, but VW firmly believes that IOTA’s blockchain has the potential to bring solutions that would eliminate this kind of concerns. The partnership was originally announced as far back as in January of this year. If the research bore fruit, this would mean massive progress for all 12 motoring brands that the VW group consists of. Those include Porsche, Lamborghini, Audi, Bentley, Bugatti, and more.

Another significant development for IOTA includes the Japanese firm Fujitsu, which has announced the launch of a new PoC, based on IOTA, and created for audit trail processes within the manufacturing industry. The new notice states that IOTA’s protocol will be used as a data storage medium for the audit trails. The goal here is to largely improve data security, data trust, as well as transparency of all processes.

The Program Manager at Fujitsu’s Industry 4.0 Competence Center from Munich, Leopold Sternberg, stated recently that the partnership would allow IOTA to become a new protocol standard. According to him, IOTA is perfectly well-equipped for this task, since it has a lot of experience with manufacturing industries, as well as in ICT services.

Through a joint effort, the two are hoping to bring a solution for supply chains and industry 4.0 manufacturing, both of which are facing data-related challenges.

Additionally, the notice describes a newly-proposed cryptographic ID system that would be used for various product components. The system would also keep track of the status of their production through a connection with nodes located on IOTA’s Tangle protocol, but hosted by Fujitsu itself.

Tangle is a new type of DLT, different from blockchain itself since it doesn’t use mining or blocks. Instead, it is built directly on a DAG (Directed Acyclic Graph). Basically, different kinds of transactions go on different chains at the same time.

The announcement of IOTA’s collaboration with Fujitsu has already reflected on the crypto’s price, which went up significantly since the partnership was first announced on August 25.

Related Topics:blockchaincryptoCryptocurrenciescryptocurrencyICOIOTAIOTA (IOTA)
Up Next

The battle of the cryptos: Tron (TRX) vs. Cardano (ADA)