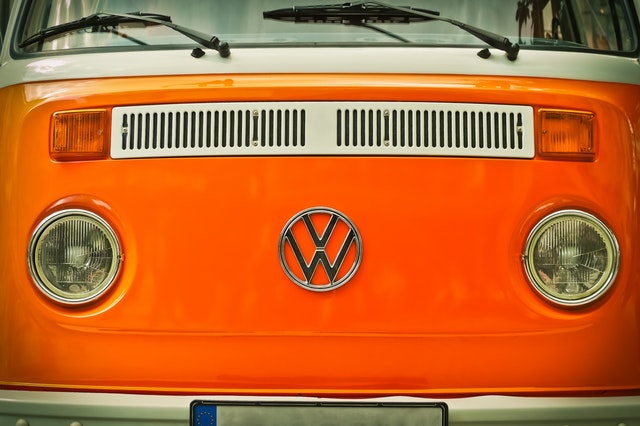 IOTA represents one of the most unique assets in the market mostly due to its revolutionary blockless blockchain inspired system called Tangle. Thanks to this unique blockless technology, IOTA is able to showcase all the potential contained in the Internet of Things, promoting IoT as the economic ecosystem of the future.

Although being a pioneer in the mass adoption of digital assets and block technology with having the first crypto charging station for electric vehicles that went live months ago in the Netherlands, MIOTA seems to be having a rough time in the market for the past two months.

Despite the recent drops and the rough time in the market, IOTA seems to be doing great in the terms of taking steps towards further technological improvements, while presenting one of their most recent achievements that came out as a product of IOTA Foundation/Volkswagen partnership – autonomous cars.

Volkswagen partnership that IOTA has acquired not that long ago maybe stands for one of the strategic moves of the IOTA Foundation that could be marked as crucial for the further integration of Tangle into the real-life purpose.

Volkswagen has recognized a great potential in IOTA’s Tangle, given the fact that MIOTA’s network is based upon DAG, which allows this network to function without the need of blocks or miners.

Volkswagen and IOTA have most recently announced that they will be demonstrating Proof-of-Concept, otherwise known as PoC or even as Proof of Protocol, in order to demonstrate the power of this protocol.

The purpose of PoC on this occasion will be focused on enabling autonomous cars as powered by the network Tangle.

The live demonstration was held at Cebit Expo which was held in Germany a couple of days ago, where Proof of Concept by IOTA’s Tangle showed to be an efficient model for enabling the concept of connected cars with available smart apps that run on a blockless solution as provided by IOTA.

The demonstration showed as truly a success, so Volkswagen stated that they are very positive about using IOTA’s technology in order to create smart autonomous carts that are connected to the Internet of Things.

Volkswagen further added that they will be working with IOTA in order to bring the smart car economy to life, where it is expected to have approximately 250 million vehicles that are to be connected through this process in the course of the next two years.

More from IOTA and Volkswagen

Besides from working together with Volkswagen to enable the development t of the smarty car economy where over 250 million cars are expected to join the project by the end of 2020, IOTA is said to be working on more projects with this company.

Being one of their crucial partners while promoting Tangle as the premium solution for the autonomous car industry, Volkswagen should have IOTA joining Mobile as a Service, otherwise known as MaaS.

Although the project has been confirmed, it is not yet certain when the initial start of the project will occur or when the finishing “product” will be available for the public.

What is known for now is that IOTA might be used as integration for MaaS where its technology would be used for different smart car services that would include making payments, bookings and more.

However, although timid in the market, IOTA seems to be working on new developments full steam. That is how it was announced yesterday on June 15th, that IOTA will be releasing ID Citizen Cards during the current year of 2018.

It was announced earlier this year that the capital of Taiwan, Taipei, will be joining forces with IOTA in order to bring a new system for identification into the use.

With the most recent updates, it has been stated that the citizen cards with a newly developed identification system should become available for the citizens of Taipei during the current year.

The identifications system will be using IOTA’s unique protocol as powered by Tangle, and it will at the same time mark a cornerstone of another successful integration of crypto technology into real life purposes, making identification process simpler and easier.

Taipei is aiming to become a smart city powered by blockchain technology (in the case of IOTA, blockless technology), so in collaboration with BiiLabs, IOTA is working on developing settlement and forensic systems in addition to already having a project called Air Box, which should work on regulating the quality of air in Taipei. Air Box is going to be made in form of a small device that would be installed in multiple homes across Taiwan’s capital.

IOTA Gets another Listing

IOTA has been acting sluggish in the market for the past couple of weeks, but even despite that, this promising asset just got another listing.

As announced by BitPanda and IOTA, the asset has become available for live trading on the mentioned exchange on June 14th.

As stated by BitPanda exchange, IOTA earned its spot as per the request from the users of the exchange platform.

Currently ranked as the ninth-best currency, BitPanda makes one of the 12 exchanges that had MIOTA listed.

During the last 24 hours and despite the latest developments and the most recent listing, MIOTA is still seen dropping against the dollar today by over -5%, while being traded at the price of 1.20$.