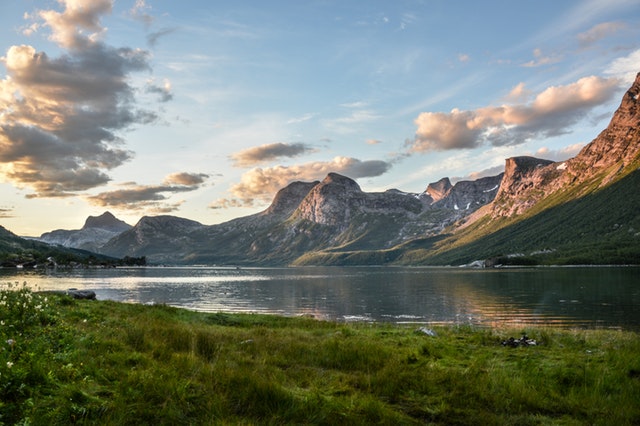 IOTA is among the top 10 coins, currently holding the rank as the ninth-best crypto on the global coin ranking list. What drives IOTA to stay on top is a strong capacity of its “blockless” technology called Tangle, alongside with the involvement of IOTA in the Internet of Things. Moreover, IOTA is one of the rare coins to have found its way towards a real-life purpose as well as the mass adoption of IOTA technology and MIOTA units. So, after the first charging crypto station for electric vehicles, IOTA is now taking everything to the next level by partnering up with Norway’s biggest bank.

At the beginning of June, it was evident that IOTA won’t stop with having MIOTA charged electric charging station when it comes to developing the Internet of Things.

Besides from exploring the boundaries, or better aid possibilities in a borderless ecosystem of IoT, IOTA seems to be working on mass adoption as well, which has been going in its favor with the latest proof that the MIOTA charging station for electric vehicles stationed in the Netherlands is indeed functional and fast.

However, in the terms of developing and exploring the Internet of Things, IOTA has recently partnered up with Norway’s biggest bank.

Since DNB ASA banking service and IOTA share the same objective when it comes to the Internet of Things and machine-to-machine communication, the two parties have signed an agreement where both IOTA and DNB promised to work together on “innovation and co-creation in the space of citizen-centric innovation, machine economy and decentralized data marketplaces” as stated in the Medium post published on May 31st by the head of Biz Dev of IOTA.

The two parties, DNB ASA, the largest Norway’s banking service and IOTA, have agreed to bring their forces together in order to explore and develop a new digital innovation landscape in which Tangle will be the main spinning wheel.

Norway’s largest banking service already has a history of working with decentralized blockchain-based technology, and will as of the most recent turn of events collaborate with IOTA in order to use Tangle for creating an innovation ecosystem for the Internet of Things, while developing machine economy and decentralized marketplaces.

IOTA makes up for the first and by far the only ecosystem that runs on a blockchain-based blockless system called Tangle, while being designed and launched specifically for the purpose of building the future of the Internet of Things. That is how IOTA becomes one of the first cryptos ever to get a chance to be used in real life machine-to-machine communication, powered by Tangle of course, which made the MIOTA charging station for electric vehicles as a true success as it was later demonstrated in front of a live audience.

That is how it is expected to see IOTA thriving towards mass adoption and radical development of the IoT-related ecosystems, economy, marketplaces and different projects that fit the requirements of machine-to-machine communication and IoT related systems, protocols and products.

IOTA has held a live demonstration of the crypto charging station for electric vehicles a couple of days ago, showing that charging your Tesla with MIOTA charged station that is driven by Tangle, is simple, easy and fast, while the payment is processed in a matter of seconds.

IOTA and the Market Performance

The market seems a bit shaky, once again showing signs of a sluggish return; however, some of the currencies seem to be rising up against the dollar although with minor gains.

That is how MIOTA is trading up in the green while climbing up against the dollar by a minor rise of 0.89%.

Ranked as the ninth-best crypto on the global coin ranking list, this asset can be traded at the price of 1.73$ per one unit with great odds of getting near the price of 2$ per one MIOTA.

Earlier in January, IOTA has set a record value of over 5$ per one unit, but due to its stability in the market, we didn’t see it go far off from its all-time high.

Why do Cryptos like Verge (XVG) Suffer from 51% Attacks?

The Recent Developments of Aeternity (AE)