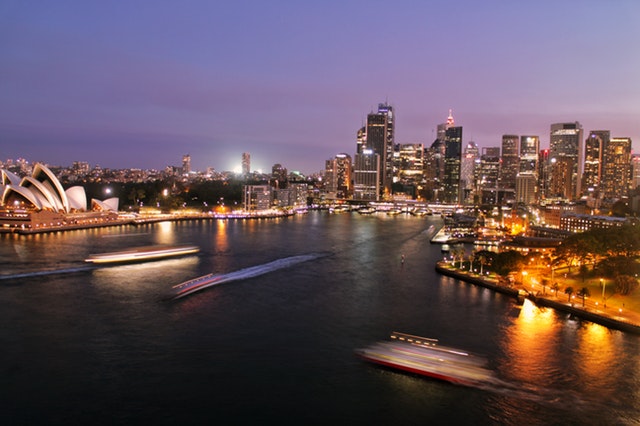 The Australian banking royal commission was established in December 2017. Commission intended to examine the practices of financial service providers such as banks and car finance companies. It has been investigating four major banks in Australia, among others. The commission discovered many cases of malpractice.

Many Australians became distrustful since the report went public. In his comment, an economist and Blockchain Innovation Hub’s researcher Brendan Markey-Towler said this is especially problematic in Australia because almost every payment is connected to the bank. The controversy resulted in a rising number of Australians who wanted to find an alternative way to manage their own finances.

Many people seem to be happy with Mr. Crabs solution to hide all their riches under their mattresses. If that’s not really an option for you, consider cryptocurrency, peer-to-peer lending and credit unions.

So what are the options?

Dr. Markey-Towler said that technological advancement offered some alternatives. His only advice was to be smart and careful. Every choice has its advantages and flaws so everyone should choose something that suits them best.

ASIC Moneysmart’s executive Laura Higgins agrees with Markey-Towler. She declared that young people are searching for innovative ways to manage their finances. She also finds refreshing and “inspiring” that young people are looking further than traditional ways when it comes to finances. Some of the alternatives are cryptocurrency, peer-to-peer lending, and credit unions.

Dr. Markey-Tower said he believes that in the not-so-distant future we will be able to pay our usual morning coffee, for example, with a Bitcoin.

Dr. Markey-Tower claimed that the regulations are the only thing slowing down the process of cryptocurrency becoming widely used every day. Laura Higgins agreed and added that the exchange platforms in cryptocurrency business need better regulations. Therefore, the risk is still high but will keep stabilizing as we progress further.

Instead of lending money from the bank, you may lend directly from a peer. Dr. Markey-Town stated that platforms that connect a borrower directly to a lender have recently been in demand. Laura Higgins added that ASIC regulates this matter and mostly requires licenses. Even though it seems the lenders are in favor, Higgins highlighted that this way borrowers may find a lower interest rate.

You should always ensure a few things if you’re having a peer lender for your business. The lender needs to have an Australian Financial Services License so you could be protected by law. Also, always check twice the “small letters in the bottom” and ask about the interest rate. That way you’ll protect yourself from many potential risks, for example, from an exorbitant interest rate.

There were have been some bad experiences with credit unions due to acquisitions. Clients who exclusively want a customer-owned bank can be disappointed if the small bank merges a couple of times. Then it becomes a big one that they intended to avoid.

In the end, Laura Higgins advised always to check your financial plans now and then. Maybe they don’t suit you any more or there’s a better option somewhere else.

Cryptocurrency Market Crashes – What to do?

Where Does Blockchain Go from Here?