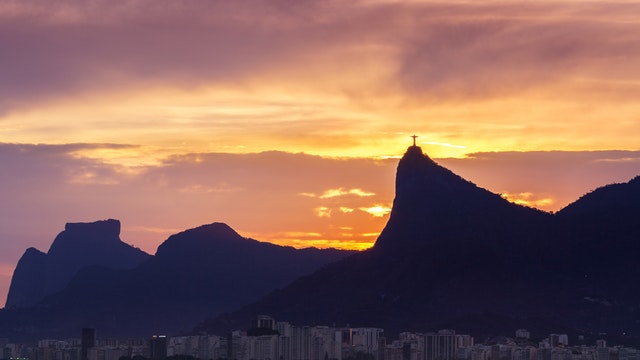 With being criticized on both these cases, it seems that this privacy currency might have found a way to redeem itself both in the market and among the crypto community with having started the negotiations with RSK.

Verge had the entire XVG community up on their feet back at the end of March when they announced the start of their first crowdfunding campaign while announcing the mystery partnership to go with it, scheduling the revealing of the partnership for April 17th, but only in the case the minimum of 75 million XVG is reached within the given timeframe.

As we all remember, everything went well for XVG as they managed to collect the needed sum before the crowdfunding ended, while also getting to the headlines across the internet, being one of the most-talked-about digital currencies for weeks.

However, it seems that the public isn’t so happy about XVG/Pornhub deal, which caused the price of XVG to severely drop in oppose to the dollar.

While the market trends weren’t so benevolent either, XVG went down by -70% in the last two months, while showing -50% against the dollar in the course of the last 30 days. Far from its all-time high of around 0.23$, XVG seems to be having a rough time.

But, the tough situation everyone is talking about when it comes to XVG is only visible when it comes to the dropping price as Verge seems to be scoring listings while being added to SistemKoin at the beginning of June, while another company, PharmaXtracts, announced that they will be accepting XVG as a payment method starting from May of the following year.

Yes, Verge seems to be slowing down as it dropped from being among top 25 currencies to now being ranked as the 34th coin on the global coin ranking list.

However, XVG was in a way recognized with their mystery partnership and the dedication their holders and investors showed during the crowdfunding campaign, where TokenPay was marked as one of the top supporters while announcing XVG debit card in creation.

Verge/RSK Integration: Is it going to Happen?

The team behind XVG has announced a week ago on June 9th that the team Verge has officially started with negotiations with RSK mart contract solutions, which is said to be the safest option for making and deploying decentralized apps as well as operating with smart contracts.

Verge seems to be trying the well-known recipe for the second time by representing a new partnership on June 8th with an official post that came from the Verge currency Twitter account, tickling the public once again by following the March model when XVG was circling around MindGeek while keeping their intentions a secret.

However, only one day after, XVG announced that they have initiated negotiations with RSK, which means that XVG could soon have RSK integrated into its system.

RSK is said to be the safest option for smart contract operations, which means that XVG could gain more on privacy and security.

Although XVG is presented as a safe currency, it seems to be hard for the investors to forget that Verge had several 51% attacks during the last couple of months, which also puts RSK integration into question.

Although the deal hasn’t become official yet, many believe that RSK will definitely go for cooperating with Verge, given the fact that the main objective of XVG is to become the top privacy currency in the market, while RSK is known to be a platform which is highly oriented to privacy.

No further details were provided on this matter from neither of the parties at this point.

Only a week before this announcement, Verge released their Test Net to the public, so it is generally a thought that XVG will have further updates on the RSK negotiations once we have more about the Test Net impressions.

Related Topics:51% attackMindGeekPornhubRSKVergeXVG
Up Next

NEM (NEM) vs Ripple (XRP): Which crypto you should invest in?