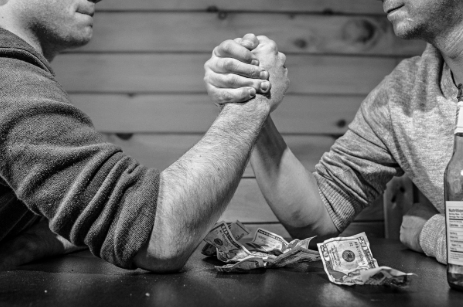 In recent past, both NEM and Ripple have been gaining a lot of popularity, and as a result, somehow confusing potential investors as to which is the best cryptocurrency of the two they should invest their money in. In this article, we will try and dig deeper into the lives of these digital currencies to conclude which one you should buy.

NEM is quickly emerging as the preferred virtual currency that provides businesses and individuals new information and data security functionalities. Some crypto analysts describe it as the new kid on the block of cryptos, taunting it to be better than most currencies regarding technological features and advancements.

Unlike Bitcoin which is known for storing information of its investors, NEM allows users and businesses to store data and information securely.

The main benefit of this digital coin is that it allows any file or any information to be secured on your PC. What this means is that you have the privileges of storing your data and information protecting it from any tampering or changes in the file structure.

NEM is different from other existing coins that were developed using codebases as it uses a new set of codes that are not present in the other selected currencies. Although not being as old as most digital currencies, NEM is showing a lot of potentials and impressing many investors.

On the other hand, Ripple (XRP) is also a different currency that provides a protocol for most financial institutions to transfer their money across borders. Individual investors are also able to move money using Ripple to anywhere around the world.

One of the significant advantages of Ripple is that transactions are done and completed at near instant speeds. Moreover, the transaction costs are far lower compared to other virtual currencies.

More and more financial institutions are warming up to Ripple and using their network to initiate international payments. Currently, the cost of transferring money internationally without utilizing the Ripple protocol is significantly high. But thanks to the Ripple blockchain technology, the prices have been substantially reduced, in turn increasing XRP’s value significantly.

Ripple has a broad partnership portfolio with influential industry players and unlike Bitcoin is, it has a faster method of reaching consensus. Some of the big brands XRP has partnered with include the likes of Bank of America, UBS, Santander, and BMO.

In the last 14 months or so, both digital coins have shown tremendous progress by appreciating by over 1000% in value. This is one of the reasons behind the confusion investors are having in choosing between them.

Ripple’s price is attractive as it is still affordable. Also, XRP is offering banks with enough liquidity to match their needs with almost ten trillion of float in nostro and vostro accounts. Many analysts argue that it is an inefficient model believing the platform is the future due to its design nature to capitalize on the liquidity need.

On which one is the best currency to invest in, it’s going to be a good idea to diversify between them to position yourself to reap from the rich dividends from both of the coins. But yes, in case, I’d need to favor only one out of the two in question, I would go with Ripple as things stand currently.