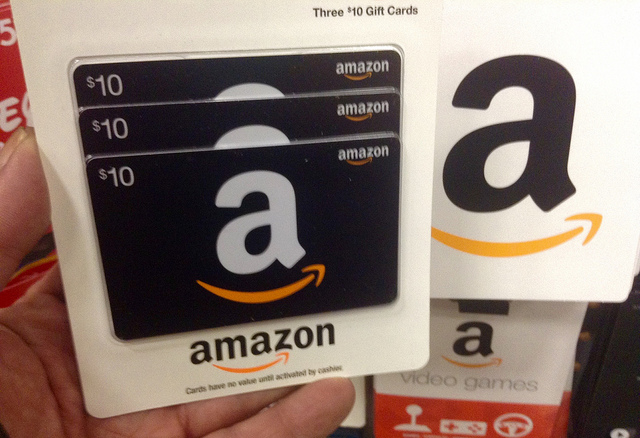 Ripple without any doubt takes the first place when it comes to a network that has been tested and proven in real-world cases in blockchain technology. At present, Ripple (XRP) has grown to become a major player in the cryptocurrency space being used and tested by major financial players in the financial sector as well as other money transfer service providers.

Ripple is playing a leading role in the crypto ecosystem as other digital coins are lagging behind but are busy imitating their earlier strategies of creating hype around partnerships and their infrastructure. The third-ranked virtual currency now seems to set its eyes and attention on the e-commerce giant and leader, Amazon for a possible partnership.

Ripple (XRP) currently enjoys an impressive partnership portfolio of over 75 banks who have chosen it as their natural service provider, a fact that should attract Amazon to be part of the family. A possible partnership with Ripple (XRP) has the potential to influence the fortunes of the e-commerce giant significantly, Amazon positively, while bringing onboard millions of their customers and associates spread all over the world. Here are some of the reasons why we believe Amazon and Ripple are going to become partners in the coming few months, finally.

One of the main selling point associated with blockchain technology is the costs and time it takes to complete a transaction. In the beginning, many investors and potential partners like Amazon were fearful of how to approach the volatility of digital coins but not any longer. With the rate Ripple is becoming an accepted, stable, and a future virtual currency reservoir, meeting Amazon’s micro-payment level demands should not be a problem.

Whereas the transaction costs and other fees are concerned, you cannot compare Ripple and Bitcoin at the moment. A partnership with the number one ranked digital coin, Bitcoin, will only mean consumers will have to go deeper into their pockets to enjoy the services due to the high costs and charges associated with Bitcoin. To this effect, Ripple delivers not only fast but also low transactions to their consumers.

Amazon usually spends a lot of funds completing a transaction thus minimizing their profit margins and discouraging consumers from using their platform as fees incurred are typically passed down to the customer. But by utilizing Ripple, Amazon will only have to incur a few cents per transaction making a lot of economic sense.

Volumes drive Amazon while Ripple is affordable and convenient to the masses. Combining both partners, Ripple and Amazon mean both sides win regarding global reach and adoption. The good thing about Ripple is that anybody can afford XRP tokens now that they are exchanging under $1 before any price surge happens.

Amazon, on the other hand, has a different consumer base with those shopping for cheap products form the most significant percentage of their clientele. It is this audience Ripple is targeting hoping to bring onboard.

Amazon should take advantage of Ripple’s low transaction prices in safeguarding more traffic towards their platform rather than to their competitors.

XRP has a considerable supply of coins in the market. As Ripple continues to surge, it presents Amazon lower volatility levels, a factor that should make it more appealing to the e-commerce giant. Unlike Bitcoin and other currencies where prices fall by over $1000, XRP depreciates by pennies or cents, a small percentage that the customer barely notices.

EOSIO, EOS’s new Main Net is here at last. How is it?

Litecoin (LTC) Marks a New Low: Can Paxos Trust Company Push it Back Up?