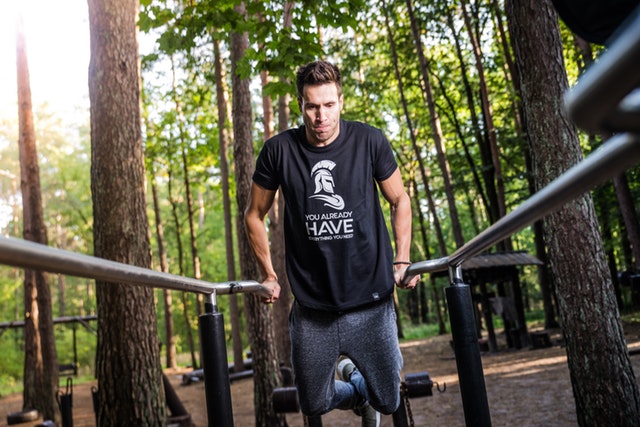 It seems that somehow things started to go downhill for Litecoin since February 2018 when the majority of currencies started to drop dizzily. The market dip that took place went on for more than 8 weeks. Since EOS stood as feistier than LTC back at the time, EOS managed to go past Litecoin, pushing it down to the sixth spot. EOS was able to take over the place of the fifth-best currency that Litecoin held for a long time. Now when LTC has been hit by the latest change in the market, Litecoin dropped under the value of 100$ per one LTC, that way marking a new low.

In addition to the above mentioned bad news, LTC greeted the morning with a new announcement. A licensed company named Paxos Trust was authorized to add LTC, ETH, BC, and XLM, which might provide the much-needed push for Litecoin.

While setting new record prices and achieving new all-time highs is always a lot of fun, observing one of the top currencies in accordance with the global coin ranking list, can be more than devastating, especially for LTC holders who are due to observing their favorite currency dropping to its new low.

On Wednesday, June 13th, during a new wave of drops that took place at the mentioned date, Litecoin dropped below the price of 100$, that way setting its new low while dealing at the price of around 94$.

The initial price at the same time marked the new low of Litecoin, making it the lowest price that LTC has touched during 2018.

What became a thought in general after the horrific drop that exiled LTC to its new low, is the fear that Litecoin might continue with dropping until it touches a new low of 80$ per one unit.

Luckily, this still seems like a worst case scenario in oppose to a refreshing reality that came with the latest market trend.

Only a single day after the initial drop below 100$, Litecoin is seen rising up against the dollar to touch the price of 96.91$ per one LTC unit, which came as a result from the latest rise of 1.40% against USD.

Going towards 97$, and potentially getting back to 100$ and above now seem as more likely to happen in the following days, but only in the case LTC doesn’t break down to the new potentially harmful market trend that comes next.

The fact is that the crypto market is still not able to reflect a flattering level of stability and at least a dose of predictability when it comes to general market trends that often change from day to day, mirrors the uncertainty of what will happen next to once fifth-best coin.

It seems that the defeat that Litecoin suffered from losing its spot to EOS is following LTC like a case of bad mojo as it is trying to pull out a set of gains that could get it back to a much flattering price that Litecoin had only a month ago in May.

Why Litecoin Touched a New Low?

Based on the analysis of the trading volumes, it seems that Litecoin had a major sell-off in the last couple of days, making it the first massive sale of LTC units in the course of the last 8 weeks.

The sell-off, however, seems to have ended in the last 24 hours, after lasting for less than 48 hours from the start of the sell-off that probably came as unplanned and with the objective to gain some profit on the sold-off units of LTC.

Now that the traders have taken a break, LTC can be seen while slowly rising back up, potentially being able to reach the price of 100$ and above in the following days, in case that no other sell-off takes place in the meantime.

Litecoin is still positioned as the sixth-best currency, right below EOS with over 5 billion dollars in market capitalization.

What makes the following news significance go above the individual benefit for Litecoin, as Paxos Trust announced being authorized to add four of the top ten currencies, which will include Etherum (ETH), Bitcoin Cash (BCH), Stellar Lumens (XLM) and Litecoin (LTC).

Paxos Trust represents a company that is enabled to work like a bank, so representing a financial institution, its link to the world of digital assets becomes even more significant, especially for Litecoin that might get the much-needed push from the case scenario of being added by Paxos Trust.

Paxos Trust is one of the rare financial companies similar to banks that have been approved by the New York State Department of Financial Services, that way being enabled to work with cryptocurrencies. At the same time, Paxos makes up for the first company of such kind to have added XLM while making up for a rare trust and banking institution linked to the mainstream financial operations to add Litecoin. The services that support OTC trading, management and escrow for Litecoin and other added assets are already available with Paxos exchange called itBit.

High chances Amazon will partner with Ripple (XRP) in 2018

Is BitTorrent The Key To Decentralizing The Web As Envisioned By Justin Sun Through Tron (TRX)?