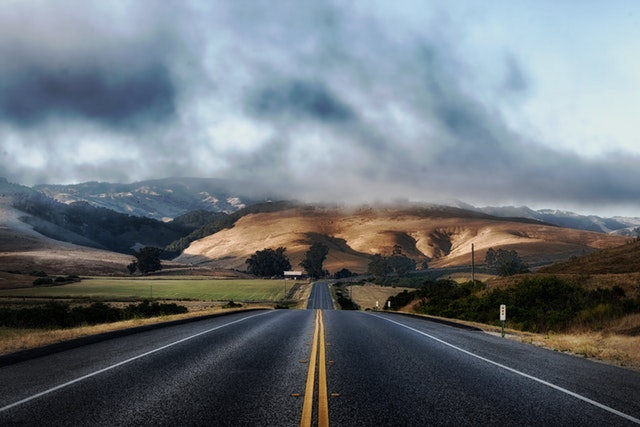 New data has shown a sudden and unexpected shift within the crypto market, where the Bitcoin BTC price stopped its free fall and is currently rising once more. The number one currency is experiencing an 8.29% growth at the time of writing, with its current price nearing $4,400.

The new change has confirmed once again just how chaotic Bitcoin can be, and investors are still trying to find a source of this twist. Despite the fact that Bitcoin has had numerous ups and downs in 2018 alone, that it has gone through two serious market crashes, and almost an entire bearish year, it still remains the number one digital currency.

Bitcoin is continuing to dominate the market in terms of value, market cap, rank, age, and several other aspects. In the meantime, investors are asking another important question, which is — how far up can Bitcoin go?

As stated previously, Bitcoin is the most unstable cryptocurrency around. It started this year with a price of $20,000 and nearing its end, it dropped to $3,700. While many have predicted that BTC will reach its old value of $20,000 or more by the end of the year, this seemed unlikely until today.

Investors and experts alike were now reminded that not a lot is certain when it comes to Bitcoin and that its price can be in free fall, and then shift to an unpredicted surge, all in one day. Considering that the year is nearing its end, and cryptocurrencies’ tendency to rise without any apparent reason in this time of year, it is currently unknown when this surge will stop.

It might be a short-term price correction that follows the selloff and BCH hash war, or it might be a start of a bull run that investors have been hoping for since January. Right now, it is believed that this is the first real price surge since July. Analysts have also stated that constant bouncing shows strong demand for the coin. However, in case it falls once more, the move down will be a very violent one.

However, if the coin manages to hold on to the current trend, there is no way to predict where it may end up. The only thing that is certain in this scenario is that it will step up.

Based on the coin’s history, analysts have set up numerous milestones that its value is expected to hit, whether it goes up or down. The price of $3,700, at which the coin stopped its free fall was one of those milestones. When the price is falling, these prices are expected to soften the fall and try to keep the coin from going any further. When the price is rising, these values are resistances that are to be broken. The latest resistance that BTC managed to break was at $4,150, and the coin exceeded it with ease.

Right now, it is closing the gap between its current price and $4,400, and after that — it is anyone’s guess. However, experts say that considering BTC’s activities in the last two weeks, breaking through these resistances will be a difficult task.