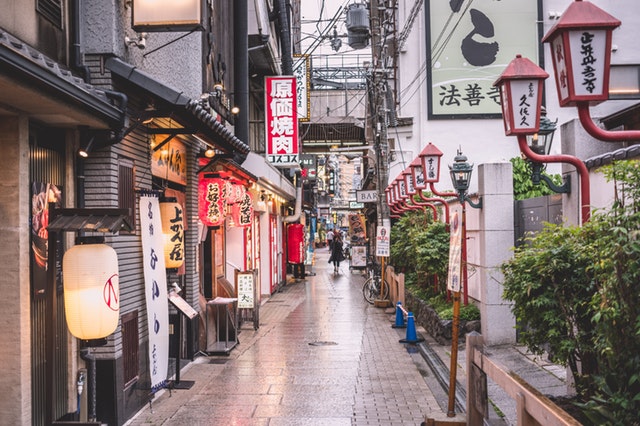 Japan’s SBI Holdings-owned crypto exchange called SBI Virtual Currencies has launched a new service – VCTRADE. The service, as well as the exchange itself, came after many delays and various difficulties. Now, when it finally got launched, it will continue to improve and develop, and the first and only crypto that can be used as of yet is Ripple (XRP).

Back in October 2016, Japan’s financial service called SBI Holdings announced its new subsidiary, which was to be a crypto exchange called SBI Virtual Currencies. It would have been the first exchange that would have the total support of a large financial institution. The exchange’s registration with Japan’s FSA was only completed in September 2017. almost an entire year later.

As if this delay was not enough, the exchange’s launch was also postponed due to a large hacking attack on an exchange called Coincheck, which has demonstrated just how vulnerable these institutions can be. Security concerns appeared, and the business environment was in need of large changes, which postponed the official launch further.

The launch was announced for the summer of 2018, and this announcement came in April of this year by Yoshitaka Kitao, the SBI Holdings’ president. He also stated that the new trading service called VCTRADE will become the best soon after its launch. Well, the time has come, and VCTRADE has been live for several hours now.

Right now, the service is only open to those who have submitted an application for advanced registration back in October 2017. This includes around 20,000 individuals, which are currently receiving their usernames and passwords. Those who did not choose to take the advanced registration will also have the chance to create an account, but not before July 2018.

Ripple as crypto of choice

As of yet, the exchange will only support Ripple (XRP), with the only trading pair being XRP/JPY. However, the exchange doesn’t plan to stop here, and it will soon introduce other cryptos, starting with Bitcoin (BTC), as well as Bitcoin Cash (BCH).

According to SBI Virtual Currencies, the exchange’s trading environment will have an extremely high level of low-latency, due to its adoption of NASDAQ’s system for transactions. Additionally, they will also be able to offer a very narrow bid-ask spread.

Thanks to Google Chrome’s automatic translations, the SBI Virtual Currency’s website, which is in Japanese, can be freely browsed through by pretty much anyone. By doing so, you can see for yourself that the company claims the VCTRADE will offer large speeds, high reliability, and the ultimate transparency.

One thing that many people have been wondering about is why is the exchange only supporting XRP? The answer might lie in the Yoshitaka Kitao’s interview with Ripple from August of last year. Back then, he stated that XRP is cheaper, faster, and infinitely more scalable than pretty much any other crypto. He also admitted that the SBI has invested in Ripple back in 2016, as well as helped launch a joint venture called SBI Ripple Asia. Obviously, XRP has been a favorite of Yoshitaka Kitao, as well as of SBI in general, so it is no surprise that it became the exchange’s crypto of choice.

Not only that, but Kitao also tweeted that he believes that Ripple’s price will go up to $8-10 before this year’s end.

Here Is Why Neo (NEO) Will Rise Like a Phoenix