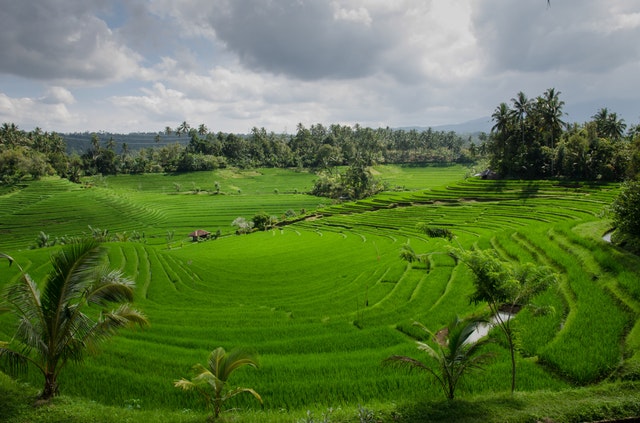 TRON (TRX) continues to progress, and its latest partnership includes Indonesia’s largest crypto exchange – Indodax. This will help TRON expand even more, while the exchange is expecting more users to join up, now that they are offering yet another crypto.

TRON enters yet another partnership

Despite the fact that TRON (TRX) has just launched its MainNet, this crypto still doesn’t show any signs of stopping. Instead, it continues on its way to conquer the crypto world, and its newest development includes a partnership with Indonesia’s largest crypto exchange, Indodax.

TRON has had several large expansions recently, the biggest ones being the expansion to Malta’s market, as well as its enlistment in Binance. Now, Indonesia also decided to open up to this crypto, which will help spread TRON’s influence in Asia. Starting today, June 4, the official TRX/rupiah pair will become the new trading possibility.

Indodax is an exchange that has been around for a while, now. It was created back in 2013, and until March of this year, it was called Bitcoin Indonesia. The exchange is currently processing over $20 million in various available cryptos per day, and with the addition of TRON, this amount may soon become even bigger. The exchange numbers around 1.14 million users, and according to estimations, over 3,000 new users are choosing to join in on daily basis.

The trading activities are expected to start tomorrow, June 5, and the exchange cannot be more excited to welcome TRON under its fold. Until now, Indodax was only offering a select few cryptos, including Bitcoin (BTC), Ethereum (ETH), and Ripple (XRP). Its only trading pair so far was Bitcoin and Rupiah. According to the CoinMarketCap, the exchange’s total market cap right now is at around $23.4 billion, and the platform’s top cryptos are Storiqa, Bitcoin, and Tokenomy.

The excitement about the enlistment of TRON is also shared by its founder, Justin Sun, which can be seen in the great number of tweets dedicated to this expansion.

So far, TRX has become a part of 98 exchanges across the globe, and Indodax is only the latest one to accept it. Still, it will not be the last one, and Sun has also mentioned this on his Twitter account, where he hinted at many more partnerships that this crypto is planning to enter in the future.

The enlistment of TRON is seen as a very positive development for Indonesia, especially since the Bank of Indonesia’s Governor, Agus Martowardojo, announced a total ban on all cryptos back in December 2017. The legislation which was enforced at the time prohibits the use of cryptos as a payment option. However, the legislation does not include activities like crypto mining or trading, which still allows exchanges of this country to continue functioning as usual.

As for TRON, its current price is at $0.059, and it remains the top trading coin in exchanges like Binance, Upbit, and Bithumb. A lot of TRX supporters have also noticed the slight increase in its price recently, as well as the market turning green, which brings high hopes for this, as well as various other cryptos.

Bitcoin, Ethereum (ETH) or Ripple (XRP): Which Cryptocurrency Will Benefit from the Policies of Donald Trump?