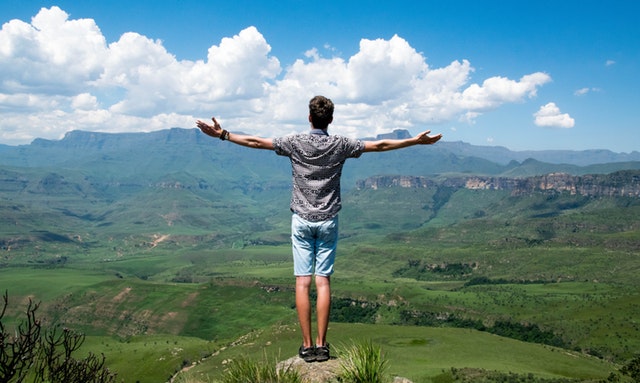 One of the most expected events during the past couple of weeks revolving around Tron as well as in general among the crypto community is without a doubt the launching of TRX own Mainnet. The launching was originally scheduled for May 31st and the beginning of June 1st, so we finally got to see the Mainnet being launched with the arrival of the mentioned date. During the live presentation and prior to the launching of the network, Justin Sun and Tron Foundation tweeted that Tron Mainnet is alive!

It all started out weeks ago in reality as the euphoria due to the expectation of the Mainnet started out with the announcement that TRON’s own network will be launched on May 31st.

The initial date of the launching has finally arrived, so we could follow up with a live presentation of the Mainnet, as the presentation was being live streamed via Ton Foundation official Twitter page. The event was said to be the beginning of a new era for Tron Foundation and TRX, as TRX just got its independence with the mentioned Mainnet launch.

So, to celebrate the event of acquiring independence for TRX in form of launching its own Mainnet, Justin Sun tweeted prior to the live presentation of the network that there will be a reward giveaway taking place during the live stream of the Tron Mainnet launching.

With the call out to all “Tronics” to click on the provided link in order to win TRX units as a reward, Justin Sun symbolically bespoke: Decentralize the web.

During the live presentation with Justin Sun as the main star of the event, Sun presented the effort of his team, stating that they are running ahead of Ethereum as he had compared the developmental stages of both network, stating that TRON made it with implementing changes and making improvements in the course of only 3 months, which took Ethereum over 30 months to complete, in accordance with Sun and his team.

In addition to the mentioned comparison with Ethereum, Sun stated that his team was working for 12 hours a day, 6 days per week in order to provide amazing results for Tron Mainnet.

During the period within the team was working on the Mainnet, developers have made over 2100 commits in the course of a couple of months while including over 500 branches and making 15 releases.

In addition to the above-provided data, Sun stated that the TRX team made nearly 400 unit test cases while performing 461 feature test cases prior to the launching of the Mainnet.

The presentation lasted for more than an hour during which Justin Sun and his team presented everything they’ve been working on for the past couple of months while presenting Tron’s own network at the same time.

The mainnet was launched today at 12 am UTC, being released under the name of Odyssey 2.0. During the live presentation of the mainnet, Justin Sun also added that the network is made ready for smart contract operations alongside with tools for token creation, while the new network will also get its own digital wallet.

Justin Sun was proud to announce that the new network came with more features as well as bringing faster transactions to the TRX blockchain. Odyssey 2.0 will also allow the distribution of the third-party decentralized applications.

This is indeed a major move for TRON so it is more likely to see TRX spiking up against the dollar in the upcoming days due to the Mainnet launching that took place today as scheduled. Sun added during his presentation during the event of the mainnet launching, that their team is heading towards excellence with having Tron being transformed from a protocol to a full-scale ecosystem.

He further stated that their network will be able to allow people to embrace new opportunities that go beyond the technological capabilities of Ethereum, that way stressing out that TRON is aiming at taking over the spot of the best platform now that they have finally launched their own network.

Justin Sun also added that the Dapp developers will be able to work in a more scalable ecosystem with more chances for better commercialization thanks to the features available on Odyssey 2.0. Odyssey 2.0 was said to have been available on GitHub prior to the official launching on May 31st, which has now been declared as the Independence Day for Tron and Justin Sun.

Since an important milestone in TRX’s roadmap has just been crossed out of the list, we can now expect new objectives and goals to be listed out on the behalf of further development of Tron and TRX.

How is Tron doing at the Current Moment?

Although Justin Sun just held one of the biggest events that Tron has ever had, the market trend seems to be tougher than the enthusiasm of Tronics, as Justin Sun calls TRX holders.

That means that we can see TRX dropping against the dollar at this moment, despite the mart event of having its own Mainnet launched.

So, even though TRX has acquired its own independence, this asset is still not immune to the tough currents of the shaky crypto market, so we can see it trading in the red even though a great portion of currencies is being traded in the green at this moment.

After the latest change in the market, TRX has dropped by -5.28%, which is a horrific dip for TRX at this moment, which made it available at the price of 0.060$ per one unit.

Tron marked an all-time high back in January when TRX could be traded around 0.25$ per one unit.

With the latest event of launching their own Mainnet, it is more than possible to see Tron (TRX) thriving towards its previous record price in the following months.

4 Reasons Stellar (XLM) Will Reach $1 Sooner Than You Think