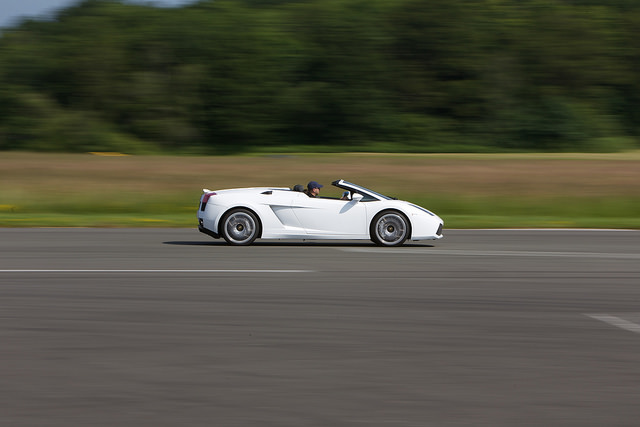 Lisk (LSK) won’t let you forget about it as the team behind this currency is actively working on implementing novelties, all backed up with amazing events which could potentially boost Lisk’s price as well, and help it bounce off and recover from the latest market dip. One of the reasons why Lisk is considered a top technology is the fact that this decentralized blockchain platform is operating with side chains, allowing it to do more than just standing out from the crowd. So, let’s see what Lisk has been up to these days and how can this promising coin surprise us in the months to come.

Having events hosted by dev teams behind their digital assets somehow always turn out in favor of the coin. That is how Lisk’s price might get potentially boosted. Luckily for LSK holders, that was the case for Lisk, thanks to the two announced events, one of which occurred a couple of days ago.

On March 17th there was an exclusive event, held by Edward Trosclair. The event was held at the University of California, Berkeley and on this occasion, Mr. Trosclair held an interesting presentation.

Before the announcement of this and another important event that will occur on March 20th and March 21st, lasting for two days straight, LSK was going down with its price, dropping low with what seemed to be a bottomless pit of the most recent market dip that lasted for Lisk for more than several weeks.

The event held in Berkeley had a clean objective to explain how Lisk is planning on solving one of the biggest issues all blockchain-based ecosystems are suffering from – scalability.

During his presentation, Trosclair explained how Lisk is able to solve scalability issues thanks to the fact that this digital asset is operating with side chains that put less pressure on the main ledger of the network.

All visitors and developers were also able to find out more about how they could contribute to Lisk by creating and uploading decentralized applications with JavaScript and Lisk decentralized network.

The second event, scheduled for March 20th and March 21st in Hong Kong might be the biggest event for Lisk so far as Token 2049, which is the name of the event has the objective of bringing together developers from crypto communities around the globe. On this occasion, all developers will be able to exchange ideas and thoughts on the developing blockchain technology with the potential of making partnerships and cooperating on the further development and improvement of the global decentralized community.

Lisk will be represented on this event by Max Kordek, which is a pretty big deal for LSK as this event has global attention.

Since Lisk is considered to be a coin with large potential within its technology, this digital currency with its decentralized ecosystem will be partnering up with Pantos.

Pantos is a multi-chain platform with more platforms resting on its ledger, so Lisk won’t be solely Joining Pantos, but will also be partnering up with other platforms, including Komodo, Waves, Ethereum and Bitcoin.

Pantos development team is said to be working on releasing technology that would allow all blockchain decentralized platforms hosted by Pantos to make quick and swift exchanges on their own personal ledger.

How is Lisk doing at the current Moment?

It seems that partnering up with Pantos and participating in a couple of pretty important events feels good for LSK as the price of this digital currency has substantially changed in the last couple of days.

Given the fact that LSK also stands for a promising coin in the world of cryptocurrencies, it is no wonder that this coin has finally started to trade in the green.

After the latest positive change in its price, Lisk managed to jump up to 10.59% against the dollar, while rising for 4.79% against BTC.

At the current moment, Lisk can be purchased for 13.75$ per one unit. Hopefully, there won’t be any negative changes in the market for Lisk anytime soon, so this coin would have some time to recover from the market dip. For now, it seems to be doing a great job.