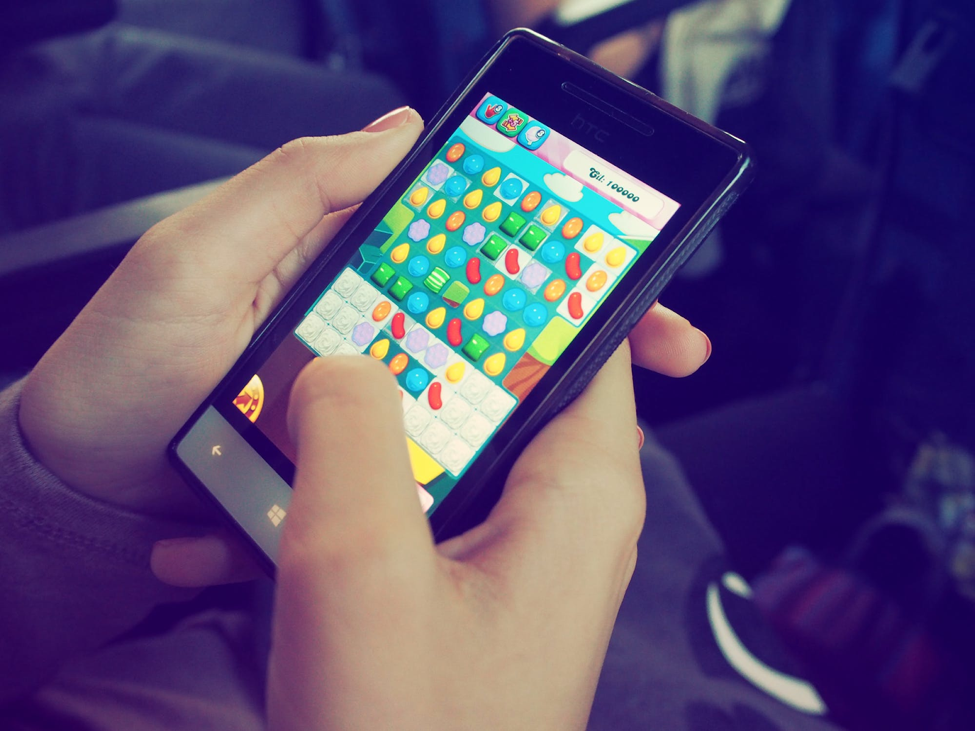 Revenue from mobile games reached a record high of $109b in 2017, with smartphone and tablet games now accounting for 42% of total game sales.

The creative team at RewardMob recognized that the growing mobile gaming industry would need an ecosystem that integrates player rewards across multiple games, while also enabling players and developers to send and receive faster transactions using decentralized blockchain technology.

RewardMob is a platform that will span multiple mobile titles and reward players with RMOB tokens through gameplay and tournaments which can be used to enter paid tournaments or exchanged with other players, much alike a real currency.

This mobile gaming platform also incentivizes developers by helping their games reach more players based on interests, as well as increase player engagement and streamline advertisement and sponsorship within mobile applications.

Rewarding players through gameplay and tournaments with prizes, tokens, and points

There are now over 1.4 million gaming applications between the Apple and Google Play mobile stores, with over 2.1 billion players worldwide.

RewardMob is tapping into the massive mobile market by providing players a platform for games in which their normal and competitive gameplay is rewarded with prizes, tokens, and points using the blockchain.

The RewardMob team not only created a mobile games ecosystem for rewarding player loyalty and in-game progress, they also sought out to streamline competitive play and make it more accessible to the wider player base.

It is important is that players are able to remove the value from the game whenever they want.  For similar reasons to the developers, players do not have to wait for long periods of time to receive payouts when they win a tournament.  They will have access to their tokens at the conclusion of every match.

RewardMob is not only a platform for gamers, it’s also a platform that brings innovative solutions to today’s mobile game developers. With over 1.6 million gaming applications on both the Apple and Google Play stores, game developers need to apply new and creative ways to solve problems inherent in mobile gaming today.

The team behind RewardMob understood that gamers want to experience the excitement of competitive play. This not only helps the longevity of a game and its’ developers, it also promotes greater engagement and loyalty within an active player base.

Right from day one we saw the potential for massive growth in competitive gaming on mobile devices. The goal with RewardMob is to get players engaged in our tournament structure which will mean that almost any mobile game developer can add a casual esports feel to their games no matter what the intended audience or genre.

RewardMob has plans to hold regular tournaments of its own, while also allowing players to create their own tournaments and put their own rewards up for grab on the blockchain.

Players can use their RMOB tokens to purchase tickets, which can then be used to enter pay-to-play tournaments and earn valuable rewards.

Using the speed of blockchain transactions, players receive their rewards immediately, and developers can receive payments without having to wait for banks and international fees to process.

Another major advantage is payouts to game developers.  Now they can be paid out in real time at that conclusion of the tournaments. There is no waiting 30 to 90 days to be paid out like some existing platforms do. Cryptocurrency also helps us eliminate fraud and chargebacks.

By applying the disruptive innovation of blockchain, Todd and his team have created a faster, more efficient, and more profitable platform for mobile game developers.

The advantages for game developers using RewardMob’s ecosystem include:

RewardMob helps solve time and resource problems for developers by streamlining the process of connecting players to their games, rewarding those players through competitive play, making transactions instant for both players and developers, and providing advertisement revenue.

Most importantly, RewardMob frees the developers to focus on what they do best: creating an incredible experience for their gamers.

If mobile gaming continues to explode (it will), and Todd and his team continue to deliver on their commitments on their detailed roadmap, then RewardMob is a blockchain project worth looking into.

Here are some details about the token supply:

It is important to note that RewardMob is distinguishing itself by selling “tickets,” and not tokens. RMOB tokens can only be earned through gameplay or by purchasing entries into their paid tournaments.

The ticket sale is the launch of their much-anticipated pay-to-play competitive platform, and players will be rewarded with one RMOB for every $1 spent in the game.

With a growing market of over 2 billion players worldwide, RewardMob is betting big on players becoming more involved in the competitive mobile gaming ecosystem, and it’s a bet that might pay off big if they can deliver a platform that benefits both players and developers.

“Every person that has a mobile device worldwide is a potential mobile esports participant,” says Todd.

As of this writing, RewardMob already has their apps available on the Apple App Store and Google Play Store. The platform has also managed to reach over 65,000 gamers with their first application alone.

As always, do your own diligence and research before investing. If you want to learn more about RewardMob, check out the following links below.

Software development company Sylo has officially launched Oya today – a complete reimagining of its backend architecture. The company said the new product “leads the way for mainstream decentralization.” Sylo’s goal is to democratize access to communication and financial capabilities, without sacrificing privacy, personal data and user experience. Additionally, Sylo has deployed wallet support for public blockchain Tezos in their multi-chain wallet-messenger decentralized app, the Sylo Smart Wallet, which currently has over 250,000 users around the world.

“We’ve solved the hard issues of scalability, performance and fair-reward in a decentralised setting, allowing developers to build apps with a real competitive advantage. The launch of Oya brings our vision of a future worth looking forward to, a whole lot closer and we’re really excited about what can be built on this new decentralised foundation,” said Ben Jordan, Sylo Co-Founder and Product Director, in a statement.

“The Oya Launch opens the door to a plethora of new features and business opportunities, many of which we will be unveiling over the next two quarters,” said Dorian Johannink, Sylo Co-Founder and Business Director.

The Tezos blockchain supporting firm TZ APAC is advising Sylo on technical integration of Tezos, to improve developer experience and increase adoption of the Sylo wallet in…