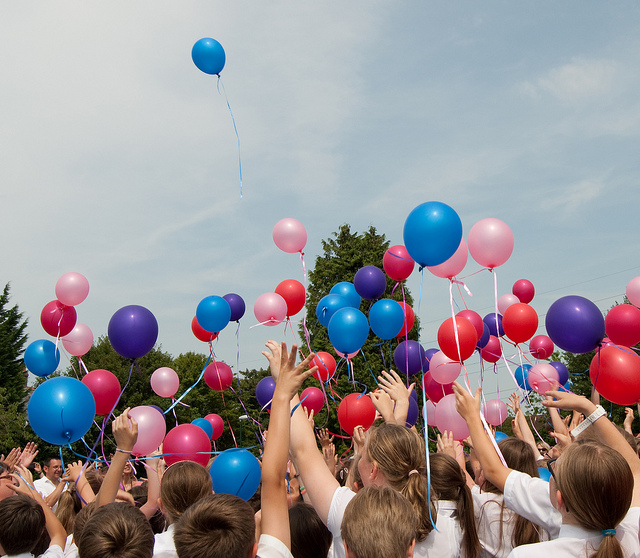 Ripple, in conjunction with DonorsChoose.org, announced that they would be fulfilling all current requests on the school funding charity site. This means that thousands of school projects and classroom funding requests will be fully provided for through a sale of donated XRP tokens. The donation comes as somewhat of a surprise. Not is it surprising to the general public, but also to Charles Best, the CEO of DonorsChoose.org.

Best sent a pitch to the Ripple team, seeking donations – but he never expected the level that DonorsChoose.org received. In total, $29 million USD worth of XRP was donated to the charity – enough to fully fund projects in every state. The announcement was made on Stephen Colbert’s late-night show, himself a major donor to schools in the past.

DonorsChoose.org and Their Goals

DonorsChoose.org is a crowdfunding website designed to provide classrooms with the supplies that they need. The United States suffers from a school funding crisis, and teachers often make up for the shortfalls out of their own pockets. The website allows teachers to post projects and funding requests in a manner similar to Kickstarter, allowing generous users to donate to the cause of their choice. These projects can be as ornate as a new technology to help kids learn the most in-demand skills. They can also be as simple as proper nutrition that can’t be provided by the school itself.

Charles Best, a former history teacher, created the site in 2000 to solve a problem that he witnessed firsthand. Since then, it consistently rates as one of the best charities. The site reached 1 million funded projects in early 2018, even before Ripple’s massive donation. Three-quarters of all public schools in the United States have posted a project to the site for funding.

How this Helps the Cryptocurrency Industry

The cryptocurrency industry, as a whole, still suffers from a public perception problem. For many years, Bitcoin was known as the digital currency used to purchase illicit substances in the dark web. Although the industry made great strides towards public adoption, there is still a lingering sense of unease. After all, altcoins are still the currency of choice for dark web transactions. It doesn’t help that the barrier for entry is so high.

Ripple’s widespread acceptance among financial institutions makes them an ideal candidate for public relations. Although the average person still cannot identify what Ripple does, the late 2017 boom made them a household name. The fact that they have a usable product puts them leagues ahead of most other cryptocurrencies. A multi-million dollar donation cements their positive image in the mind of the average consumer. The fact that cryptocurrency just funded tens of thousands of public school projects is a massive triumph for public relations.

Of course, charity donations are not the only item on Ripple’s schedule. They recently announced their inclusion within the Hyperledger group, a blockchain tech conglomerate run by the Linux Foundation. Hyperledger focuses on a variety of blockchain applications, many of which will benefit from Ripple’s additions.

Ripple’s head of Regulatory Relations recently announced an aggressive push into China. Ongoing talks with Chinese governmental regulatory bodies are apparently bearing fruit, and the company is optimistic about their expansion prospects. The benefits for China’s financial industry are clear, in the same way that Ripple is revolutionizing Western fintech.

Ripple is Rightfully the Poster Child for Cryptocurrency

Early cryptocurrency adopters often express doubt or annoyance about Ripple’s sudden appearance on the scene. These old hodlers believe only in the decentralized and uncontrolled aspects of legacy blockchains. Ripple may not be a privacy coin, and they may not aim at complete decentralization, but they have no reason to. There won’t be one clear winner in the crypto-sphere, and there’s easily space for many different use cases.

Ripple provides an easy entry point to major institutions in the form of their banking technology. Pilot programs with Western Union, MoneyGram and Santander show the strength of the Ripple payment protocol. Other cryptocurrencies may serve as digital currencies, decentralized application blockchains or privacy coins – but for now, Ripple rules the fintech space.

What cryptocurrency wallets are realistically safe from Quantum Attacks?