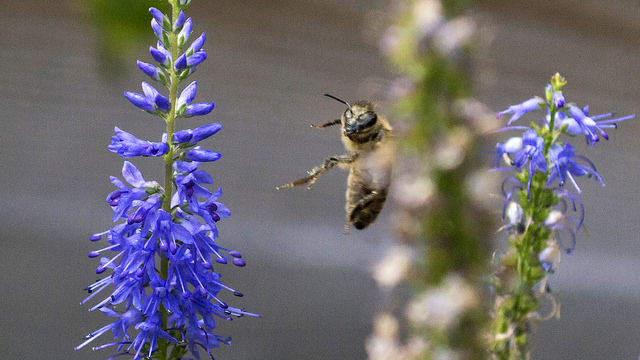 Quantum computing is, impressively, nothing new. At least, in theory. Yuri Manin and Richard Feynman were already discussing, on paper, the theory behind quantum computation in the 1980’s.

Our computers work with data in form of bits: sequences of 0 or 1. Every information in our computer is actually “converted” to a way we understand from bits. Higher resolution images, for example, have much more bits in them than the mediocre ones with used to have in the past. Processing those bits into usable information takes time, which is proportional, of course, to how many bits would have to be processed. Our current first-rate processors can deal with much more bits in a less time than the old Pentiums could, that’s why we can watch full HD videos (which are, at their very core, series of 0 and 1) today which would be unthinkable 10 years ago. We can process information with computers as fast as their CPU power.

Quantum computers, on the other hand, rely on quantum physics to process not only 1 and 0 bits, but also countless superpositions of them. That makes the same final information much shorter to process. Nonbinary superpositions of 0 and 1 are called Qubits. Besides being very powerful, the implication to this processing power in cryptography is that they would be able to run a quantum algorithm called Shor’s algorithm, an algorithm formulated in 1994 which can solve the integer factorization problem, the backbone of most cryptocurrencies cryptographies.

Even if no quantum computer was even close to being practically built in 2006, some people were already worried about them in the cryptography community, and the Post-Quantum Cryptography (PQCrypto)  conference is being held since 2006, mostly because they knew that the consequences of quantum computing in current cryptography systems would be disastrous and they needed to find solutions.

As of today, developments in the quantum computing field are happening at a rate faster than we were expecting, while major companies, governments bodies, and institutions are investing heavily in it. The first “real” supercomputer was released by IBM in 2016, with a five-qubit processor. It’s not much more powerful than a very powerful computer, but it set a red alert as it proved that quantum computers could, indeed, exist out of paper. Last year was a very prolific year for the area, as you can check in this MIT Technology Review of Practical Quantum computers. Last month, Google launched a 72-qubit computer, reaching the quantum supremacy (a quantum computer so powerful no classical supercomputer could emulate its power).

So, should we really worry?

Every public-private key cryptography system used by cryptocurrencies is actually breakable by brute force attacks, as they rely on “solvable” problems (factorization of integers to find prime numbers), albeit this is not even close to feasible even with the most powerful supercomputers we have now – it would rely on an amount of processing power and energy that is unthinkable).

Single wallets are also relatively safe even from a fantastically powerful attack. Using Bitcoin as an example, because most the other major coins also use hashes as codes for public keys. Even possessing a very powerful quantum computer, one couldn’t target a specific public key from a known wallet (what people call their “public keys” is actually a short form of it, usually solved by miners and input in the blockchain in the real public key form) and try to derive a private key from it. That’s because you wouldn’t know the person’s public key, only their hash function (there are claims that Satoshi implemented hashes this way already previewing this problem). There are some mischievous workarounds to this, though. If you know exactly when a person made a transaction, you can look for it before it is completed (authenticated and inserted into a block) in the mempool, one place where the public key code gets fully visible. So, basically, anyone which sends bitcoins could be theoretically targeted, but people who only receive bitcoins are safe from targetted (but not random) attacks. In this case, looking for random wallets to steal would be really really easier than targeting a specific one.

Although the threat is real, one would need a processor with much more qubits than the most powerful existing quantum computer, Google’s Britestone with its 72 qubit processor, to break an SHA-256 algorithm such as Bitcoin’s or Ethereum: in a reasonable time, so we are absolutely safe for now. But, as quantum technology is developing a bit faster than we previewed, it could indeed happen that a powerful enough quantum computer is built earlier than expected. Some people in the Bitcoin community propose that they should increase the algorithm to SHA-384 as a solution, but that would be only “putting a band-aid on the problem”. The difficulty to attack it would enormously increase, but it still wouldn’t be (theoretically) “quantum resistant” as it would rely on the same mathematical problem of the integers factorization, and this change would also require a hard-fork, which is usually not a desirable experience.

There are many other coins with quantum-resistant assets. As more people get aware of the possibility of quantum attacks (and more powerful quantum computers start getting built), their prices will probably tend to rise in accordance, so it may be important to take this into account when investing in long-term.

Can You Earn With Populous (PPT)?