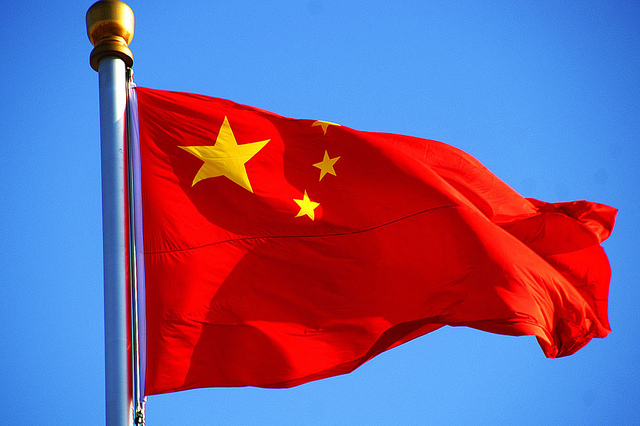 Ripple has succeeded in entering into the Chinese e-commerce market after China today approved LianLian’s joint venture, AmEx, to process card payments in the country.

The approval makes AmEx the first U.S payment company to have a direct access to China’s e-commerce market. China’s endorsement gives AmEx the opportunity to resolve payments and transactions in Yuan, through the use of its Joint Venture: The LianLian Group (who is a Ripple customer).

AmEx is a global payment platform just like Visa and Mastercard. The company’s JV (joint venture) in China, LianLian Group, partnered with RippleNet earlier this year to provide a faster global payment service to the Chinese e-commerce market.

The venture is also a licensed company which now has about 150 million registered users in China today. LianLian makes use of Ripple blockchain to settle China’s e-commerce payments. Not only that, LianLian Group now settles Chinese cross-border payments through the use of Ripple’s xCurrent.

Interestingly, China has a growing e-commerce market approximated to be more than $627 bln last year. However, the cross-border payments into the country have been estimated to attain $1.32 trillion this year. AmEx decision to enter China’s market has been regarded as a bold step, as a result of China’s strict policies against ICOs, digital assets, and foreign card-payment platforms.

As regards to China’s strict policies on foreign card-payment companies, Visa, MasterCard, and other companies alike have lobbied for more than a decade now to enter China’s e-commerce market – which approximately has six billion cards in circulations, and it is projected the number would increase by ten billion in the year 2020.

Before now, all foreign card companies in China had been enforced to work with the existing state-monopoly consortium known as, UnionPay – But Ripple’s partner, AmEX, has now become the first payment company to work without UnionPay.

Concerning the approval, China’s central bank stated that this is a vital step forward to expose China’s bank card market to foreign investors. The central bank further affirmed that the recent stride would ease the country’s e-commerce market in an arranged manner for other payment institutions.

Overall, the current approval means that RippleNet will be foremost on China’s cross-border payments and settlements, since LianLian, AmEx venture Group, is in partnership with RippleNet. It also implies that AmEx will be processing card payments by using Ripple’s blockchain technology.

Also, AMEX and LianLian are Ripple xCurrent customers officially, but anything can be connected to xCurrent using a multi-hop – so that way, they potentially can connect xRapid at some point in the near future, too.

Talking about some basics, Ripple’s xCurrent and xRapid are products of RippleNet. xCurrent is software used by major financial institutions to resolve cross-border transactions; it is also used to track these payments once they are done. xRapid, on the other hand, is aimed at financial institutions that want to minimize liquidity cost, at the same time offering a better customer experience.

No doubts, despite China’s strict policies on cryptocurrencies, Ripple has been able to spread its tentacles over there, and it is in the right direction.

Consequently, we should be looking out to either AMEX/LianLian Join Venture entering into a liquidity agreement with a multi-hop enabled system in China, or the Chinese government lifting the ban on cryptocurrencies in a few months to come.

Would XRP now be at $5 when the next year starts?