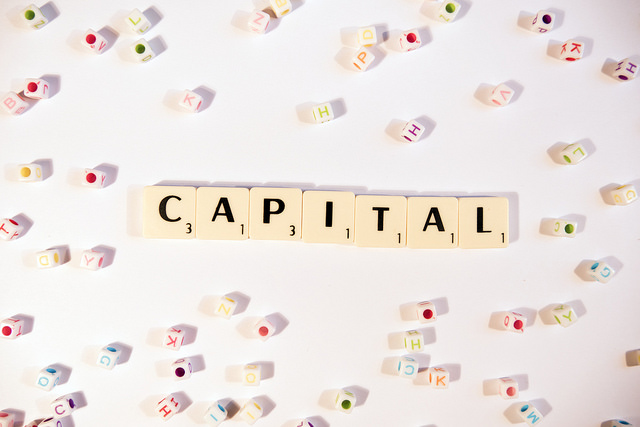 In a veritable blitz of announcements, Ripple is making waves across the financial sector. Major banking institution Santander announced that they would be partnering with Ripple for their new mobile app. The mobile app will provide users with a quick, easy and inexpensive way to transfer funds across international borders. In addition, Ripple recently donated millions of dollars worth of XRP tokens to DonorsChoose.org. A charity based in the United States, DonorsChoose.org provides a platform for crowdfunding school projects. Ripple’s massive donation fulfilled all projects current posted on the site.

Now, Ripple invested an amount of XRP valued at $25 million into Blockchain Capital. Blockchain Capital is a start-up funding investment firm that focuses exclusively on blockchain related companies. This makes up a significant portion of the total funding available to the investment fund. As it’s donation was entirely in XRP, it will likely go towards funding entrepreneurs already seeking to integrate the various Ripple technologies.

Blockchain Capital and their Investment Fund

As one of the oldest pure blockchain venture funds, established in 2013. They provide blockchain entrepreneurs with not only the funding required but also guidance on funding usage. An entire ecosystem of start-up incubators helps foster new tech companies. However, Blockchain Capital is one of the few that focuses only on distributed ledgers and how they can upgrade existing business structures.

To this end, they invested in a variety of previous projects. Along with still growing products, they are heavily invested in exchanges Coinbase and Kraken. They helped bring block.one as they developed the EOS.IO token standard. Kik’s Kin also benefits from Blockchain Capital funding. Overall, their portfolio consists of over 50 different blockchain companies.

Ripple’s investment into the fund will help foster a solid relationship between the blockchain juggernaut and a cross-section of new businesses. Given their previous partnerships, there is every reason to believe that this will go well for Ripple’s bottom line. The availability of XRP and the Ripple payment protocol will naturally encourage these new start-ups to gravitate towards the platform. In turn, Ripple’s inherent value will increase with more widespread adoption. It’s a win-win for everyone involved and yet another glowing public relations outreach by the Ripple team.

Ripple and the Start-Up Environment

Of course, Ripple is more known for their fintech solutions and banking back-end software. Their suite of products, including xVia, xCurrent and xRapid provide blockchain solutions to legacy banking businesses. While the traditional financial industry still balks at the idea of cryptocurrency as a whole, Ripple made surprising inroads over the past year. Many major companies, including MoneyGram, Western Union, and Santander as mentioned above adopted one, or several, of Ripple’s products. Access to the RippleNet platform is an attractive feature, offering an unprecedented liquidity pool for foreign exchange.

Ripple CEO Brad Garlinghouse is on record as saying he wants to encourage greater adoption of XRP in other areas. While financial institutions are an effective vector for Ripple adoption, diversification will ensure Ripple maintains a stable outlook. Item sharing service Omni is one of the first companies to benefit from this Ripple strategy, receiving $25 million from several companies – including Ripple. While the XRP token is critical to RippleNet and the payment protocol’s bridge currency vision, other uses will only make the token more robust in the long term. Bitcoin may make the news regularly but in a relatively passive way. Ripple is actively seeking out good publicity, and new opportunities, a strategy that is sure to pay off.

How EOS Left Litecoin in the Dust Earlier This Week