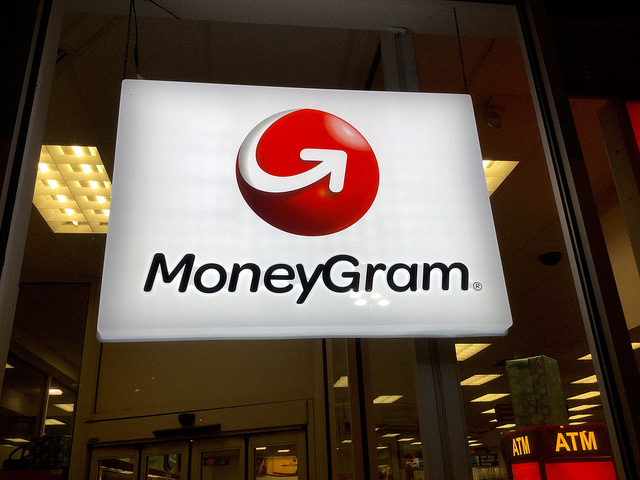 Ripple, XRP, has shown multiple times that you don’t get to be ranked as the third best coin over nothing. So, once again this currency with its blockchain ecosystem is showing supremacy and numerous technological capabilities by having sealed amazingly promising partnerships already at the beginning of 2018. Let’s see who partnered up with Ripple and how can this case affect XRP’s status and price.

Moneygram partnered up with Ripple

Moneygram is one of the top global payment services and the fact that this service provider partnered up with XRP, tells us a lot about this currency’s potential in form of the technological abilities its ecosystem has. Moneygram has managed to see a massive potential Ripple is holding, not only within the world of cryptocurrencies but wider into the mainstream banking systems. Moneygram and Ripple have announced their partnership weeks ago on January 11th, 2018.

This way, Moneygram is working on solving the issue that appears with liquidity and of which most banking institutions suffer on daily basis. For now, Moneygram is using XRP through a model that requires working with accounts that are necessarily funded, but they are working on improving this model. For now, all global payments with XRP through Moneygram will be done through the xRapid system. This way, Moneygram is looking forward to solving liquidity issues as well as process all transactions at lower fees and much faster. XRapid, in this case, represents a ledger of XRP liquidity system that allows fast and cost-effective processing of global payments.

24th January of 2018 seems like a great day for Ripple as this currency managed to get two new partnerships on the board.

IDT and Mercury FX, which are both dealing with global payments, have partnered up with XRP for the same reason Moneygram have. The idea behind this partnership is to provide their users with faster and cost-effective global payment method that would be able to transfer money anywhere in the world in a matter of only three seconds. According to the Ripple’s CEO, this payment method is way faster than making payments with Bitcoin as it allows easily processed transactions going on in real time and within global proportions.

As of January 30th, Ripple has established another valuable partnership. This time they partnered up with SBI holdings, which represent a group of Japanese companies set to launch the SBI virtual currency. SBI will use XRP as the only digital value supported within their system as of launching of this digital currency. That way, SBI will be joining the xRapid system which should allow all users to obtain near full liquidity during cross global payments. That way, SBI is planning on establishing a strong and stable connection for making transactions between users in Japan and the rest of the world. Moreover, SBI holdings are looking to establish a system within their own banking system that would allow instant conversion of XRP to other currencies as well as JPY.

RippleNet has acquired another great partnership, this time partnering up with LianLian International.  This company is one of the biggest payment service providers in China and with this move they have made a groundbreaking change in the world of mass global payments. This partnership was concluded a couple of weeks ago, on February 14th, 2018.

This partnership has a strategic significance for LianLian International, given the fact that China has a massive growth in the trading economy thanks to their link to Amazon, eBay, and Ali Express. The goal of this partnership is to enable fast and easy payment methods between China and the rest of the world. LianLian is planning on implementing Ripple’s xCurrent. XCurrent is a solution that works on powering up cross transactions between China, Europe, and the United States with unshaken security, which is at the same time LianLian International’s ultimate goal.

Bank Testing and other Projects

Ripple is really stepping up the game in oppose to the most of its competitors as it is getting more and more acknowledged by the institutions that have been running on more traditional systems when it comes to global payment methods. Now, these institutions are looking at Ripple as their alternative to faster and more secure global transactions, slowly leading this coin to the mainstream waters and merging the two worlds: the traditional centralized institutions and the blockchain decentralized ecosystem.

Even though these two would probably be unimaginable working together only a couple of years ago, we are now witnessing groundbreaking changes where Ripple as a blockchain based decentralized value is being used as an alternative to traditional, much slower global payment methods.

Ripple has also successfully gone through a series of tests in over 60 banking and financial institutions in Japan and South Korea. So, it is expected that XRP will be implemented into more than several banking systems in order to support global cross payments in near real time.

Ripple is also working on improving its technical capabilities where they will be adding extra features to enable even stronger security while also working on implementing its system in financial institutions in China, Brazil, and India.

By broadening its outreach and becoming more available for usage, Ripple is also looking at having XRP’s price consequently raised.

Verge (XVG): Improved Privacy and the Future of Digital Era