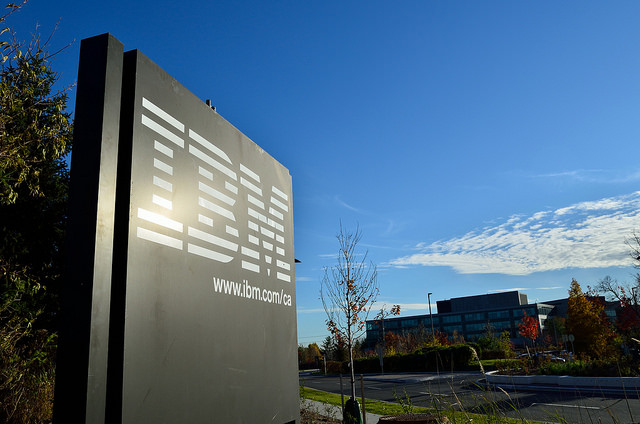 Despite the bear trend in the cryptocurrency market, the world has been paying more attention to Blockchain technology with more acceptance of this revolutionary technology set to come to fruition in the near future. After all, the fact that it’s an open source technology has whetted the appetites of industry-leading entities that are looking for a technological solution to better their service delivery. In fact, there is a growing concern that with more adoption of Blockchain technology and cryptocurrencies from banks and governments, the original principle of decentralization will be a thing of the past as more of these institutions dominate the Blockchain space.

Among the world leading entities that are looking to adopt Blockchain technology and cryptocurrencies is IBM. Reportedly, IBM has plans underway to issue its first ever cryptocurrency token on a public Blockchain.

The project to launch the new token is in partnership with Veridium Labs Ltd (a carbon credit startup) and will lead to the creation of the “Verde” token which will be hosted on Stellar’s Blockchain. The purpose of the token will be to give companies that cause pollutions an opportunity to offset their pollution effects by attaching carbon credits to the token such that companies can gain by supporting environmental conservation efforts on a patch of Indonesian rainforest.

Granted, there is nothing new about carbon credits, however, the token will provide a means of tracking every detail that will reveal the full extent of the pollution caused by each company. By this virtue, there will be a means of accountability with the funds used to replenish the environment.

According to Jared Klee (the newly appointed IBM token initiative manager), IBM is,

creating a fungible digital asset, a token which part of the goal is to create a market where people can buy, sell, trade and then redeem it for the underlying credits. By having a liquid market you open up a world of possibilities.

He also added that a vibrant market could be the eventual result of the project and a much larger audience would be involved. Thanks to a series of smart contracts on Stellar’s Blockchain the Verde Carbon credit token will be able to account for the entire process of a company’s carbon emissions, therefore, allowing for a convenient and efficient way of offsetting pollution.

This new move by IBM will be the first ever public involvement by IBM in the token issuance space on a public network.