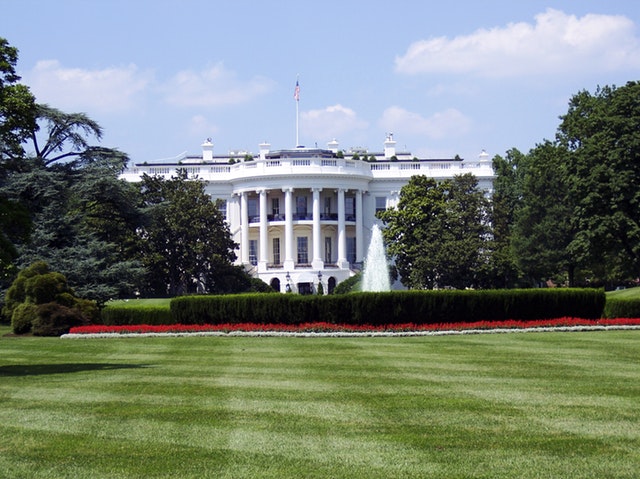 The cryptocurrency space is growing larger and has more impact on our everyday life with each new year. Despite the low prices and market crashes in 2018, the situation on the market seems to be taking a turn for the better, especially after a new surge that started on February 8th. However, as we progress through another year of cryptos’ fight for survival and adoption, the 2020 US Presidential Elections continue to approach.

With that in mind, it might be worth knowing what the current major Presidential candidates think about the crypto space, and Bitcoin (BTC), in particular. Of course, no one can know who will get elected and whether the next US President will be a crypto investor or someone who will have no problems with imposing even stricter regulations that might limit the market’s potentials.

Even so, we can at least see what they had to say about the crypto industry, and form some sort of expectations regarding the future based on that. It should be noted that the list does not include every candidate, only the major ones, and those who decided to take a notable stance towards Bitcoin.

Let’s start with the Democratic candidates, the first of which on our list is Senator Cory Booker. Unfortunately, Sen. Booker did not reveal what his thoughts are on Bitcoin and the crypto industry, even though he sits on the Senate Commerce Subcommittee on Communications Technology, Innovation, and the Internet. While there is still a long way to go before the elections, and he might reveal his stance at some point during that time, right now he remains distant from the issue.

Next, we have Representative Tulsi Gabbard, who has yet to reveal her formal thoughts on the crypto space. However, it is known that she invested in at least two coin — Ethereum (ETH) and Litecoin (LTC) — during the crypto hype. It has been a while since then, and the crypto space suffered a lot of damage, which may have changed her opinion about cryptos. It is also unknown whether or not she still holds the coins she invested in before, but at some point at least, the representative from Hawaii was definitely interested in digital coins.

Now, when it comes to Senator Elizabeth Warren, we do have an opinion on crypto, although it is not a bullish one. Senator Warren has criticized the crypto space in the past, and she stated that the regulators should do more in terms of overseeing the crypto space. The Senator remains concerned that the unpredictable and volatile assets might end up damaging retailers, and that consumers will get hurt as well. She is also known for being particularly skeptical when it comes to ICOs (Initial Coin Offerings), believing them to be a scam right from the start.

Stepping away from the Democratic candidates, let’s see what the situation is like among the Republicans. The current US President, Donald Trump, has never addressed the crypto issue by providing his own thoughts on the matter. However, several members of his administration (current and former alike) were bullish on the digital currency space. White House Chief of Staff, Mick Mulvaney, for example, compared Bitcoin to USD back in 2016, praising the coin and claiming that it cannot be manipulated by any government.

Another crypto bull from the Trump Administration is a former White House adviser, Steve Bannon. He even revealed that he actually owns a certain amount of BTC and that he wanted to launch utility tokens. The Trump transition team’s Peter Thiel, who is also a billionaire venture capitalist, stated multiple times that Bitcoin is digital gold, and he even invested in several blockchain projects.

Then, there are White House Press Secretary, Sarah Huckabee Sanders, and the US Treasury Secretary Steven Mnuchin, who had less praise for BTC and more concern, stating that the cryptocurrency is being monitored.

While there are no Republican candidates willing to stand against Donald Trump in the 2020 Presidential Election race, there are some third-party candidates whose views on crypto might be interesting, just like their campaigns.

John McAfee has had a colorful life, and his latest interests revolve heavily around Bitcoin and the crypto industry. It is well-known that no other candidate is more bullish on Bitcoin than McAfee, who even claims that Bitcoin will hit the price of $1,000,000 by 2020. McAfee has attempted to run for the US President before as well, and his new campaign has attracted additional attention as he plans to run it from international waters, due to the fact that he is on the run from the IRS.

What Caused So Many Investors to Turn to Bitcoin in 2017?

Stablecoins aren’t the answer for Crypto!