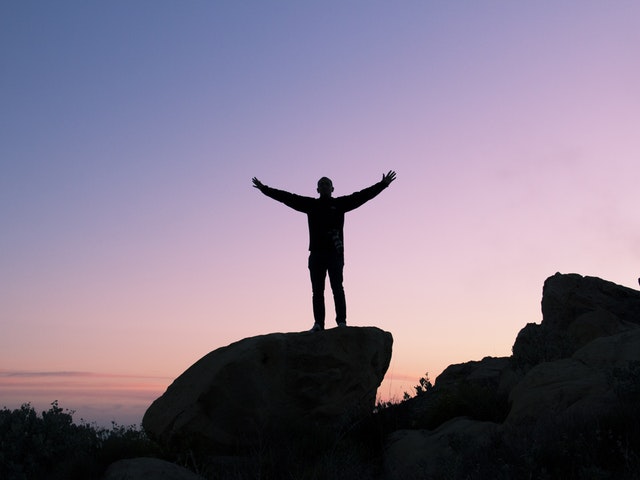 Justin Sun (Tron’s CEO and founder) is probably the most adept leader in the blockchain world when it comes to marketing. That includes Twitter, which is perhaps why he’s now reached half a million followers.

In celebration of this milestone, Mr. Sun is asking people to comment on his account what they want to see the blockchain industry doing in the future (which includes all blockchains, but, mainly, Tron’s blockchain).

“Thanks #TRONICS for being part of our amazing community! Tell us what you are excited to see within the #blockchain industry or on #TRON platform in the future, and get a chance to win our new swag collection! I will randomly pick 10 winners from the comments. $TRX”

From all the comments on this post, Mr. Sun will randomly choose ten people who will be awarded Tron’s new swag collection.

Why is Tron gathering so much attention from crypto enthusiasts, I hear you ask? There are several reasons. Justin Sun was already considered to be one of the most influential players in technology even before he started Tron. He’s known to be Jack Ma’s (of Alibaba fame) close friend and protegé, so even before he started, he boasted a type of credibility across both the technology and the business world that’s rarely been matched by any other project leader in the crypto verse.

Another reason is Tron’s ambition. It’s not meant to be a cryptocurrency only but a fully developed third generation blockchain platform that can deploy decentralized apps, smart contracts and, above all, aims to decentralize the world wide web.

It would mean that content creators on the internet will not need central authorities such as Amazon, Google, Facebook or Youtube to monetize their content anymore, but they will be able to be rewarded, in cryptocurrencies, by joining Tron’s decentralized web. If Tron gets its way, this would be as revolutionary as the internet itself was, compared to the printing press.

Also, Tron has been able to back up its claims so far with many new partnerships and successful developments already under its belt. The new Main Net is up and running, and working perfectly (according to user’s comments). The Virtual Machine is also deployed and working perfectly (do we need to tell again?).

Tron’s Virtual Machine is particularly important because it allows using Java (which is probably the one programming language every programmer knows) to develop apps using Tron’s blockchain. In many other environments (such as Ethereum) you can’t use a “standard” language but you have to learn the platform’s native language, and that puts off many potential developers.

As we write this article, Tron (TRX) remains a very cheap coin at two cents, and it ranks eleventh in the cryptocurrency world by market capitalization. That may not seem very impressive, but it has little to do with Tron’s achievements and everything to do with the fact that the market has been going steadily down since last December, and that TRX is still pegged to Bitcoin in exchanges.

Tron has the right balance between good administration, great marketing, and new blockchain technology that has a differential advantage over most other projects in the cryptosphere. And it has a credible leader whose Twitter account is already over half a million followers.