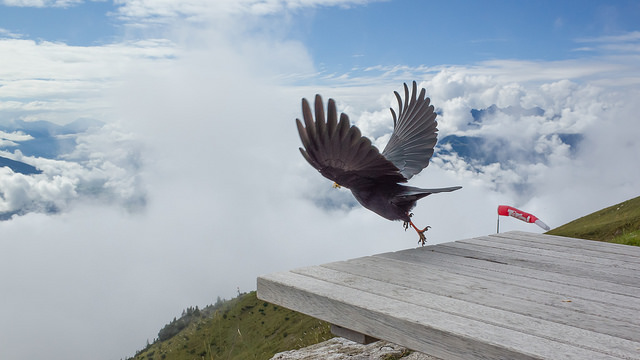 A recent market crash has affected many cryptocurrencies, and Tron (TRX) suffered a great deal as well. However, recent development shows that this crypto might be getting back on track.

A major crypto market crash was suffered by the majority of cryptocurrencies at the beginning of 2018. When all cryptos are put together, more than 50% of the total capitalization of this market was lost. Tron (TRX) has had an especially hard time during this period. However, after the eight long weeks, there seemed to have come a relatively good rebound period.

Unfortunately, this too was interrupted by a great selloff that lasted a few days. This selloff once again damaged the market quite a bit, but it too came to an end. Yet another period of recovery followed, and this is when Tron finally got its chance to shine.

Tron (TRX) is currently seen as the 10th best crypto when it comes to the global list of token ranking. However, its biggest rise so far was only seen after all of the Justin Sun’s efforts were made, which helped Tron for the first time since it originally appeared as an ICO. Last week brought a lot of success to this crypto, and TRX has officially become the #1 digital asset, globally. Github recorded the greatest amount of commits that all went to TRX.

Additionally, it also became the most popular token in Twitter discussions, and the entire platform was talking about it on April 26, when TRX experienced a major rise. In order to display its market dominance, Tron started rising, and at the same time, collecting a lot of gains. In fact, the only crypto in the top 30 that has had larger gains than TRX was EOS.

Even so, this has not diminished Tron’s return, and it collected 46.64% within a single week. Even the last 24 hours alone saw another increase of 3.94% against the US dollar. The sudden increase is amazing, and it is believed that this development came due to the fact that Tron’s MainNet is soon expected to launch.

Right now, TRX is seen as an ERC20 coin. However, this is expected to change really soon, since Tron plans the launch of its MainNet, which will turn it into a native asset.

The launch is expected to happen on May 31, but the full TRX migration probably will not be completed before June 21. This is also the date when the MainNet is expected to be officially open and ready for everyone to use.

As a sign of appreciation for all of Ethereum’s support in their time of need, the representatives of TRX have decided to make an airdrop. Original airdrop happened last week, which was at the same time when TRX saw a massive increase in its market value. The number of units that this crypto released to Ethereum’s community included 30 million.

Tron on the crypto market

It is not easy to make such a comeback, but Tron still managed to do it. Not only that, but it also collected almost 50% of gains against the US dollar. In the process, it also managed to retrieve its rank of 10th best crypto.

It is currently still traded in the green, but the gains are already significantly lower than they were during the last week. It is currently trading against ETH and BTC, but it still managed to go up against the dollar, and up to 3.94% at that. As for BTC and ETH, during the last 24 hours, it went up to 4.72% and 4.88%, respectively.

The current price of trone is at about $0.085 per piece, which is a significant increase from the $0.050, which was its price only several days before. However, this is still not this currency’s peak, which was reached in January and had a value of $0.25. If all goes well, the launch of MainNet might see this record shattered and replaced with a new, much higher one.

Verge (XVG) Spikes Again, but Decides to Go Against the Trend