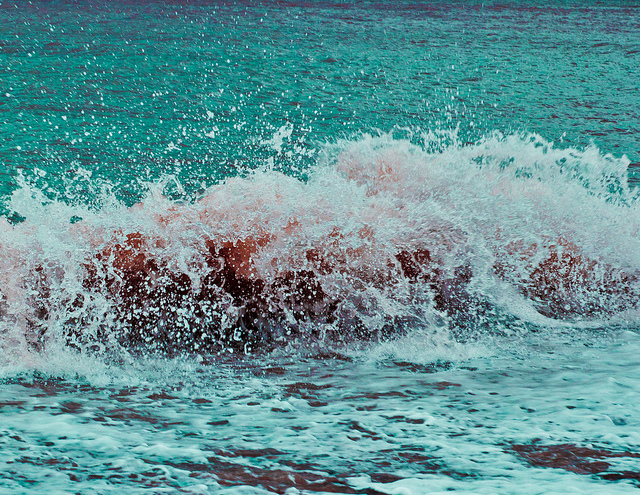 Although Waves cryptocurrency isn’t yet among top ten uprising cryptocurrencies, it has reached a memorable value increase during the last days of the current year. The year 2017, especially the last couple of months were in general pretty fertile for all cryptocurrencies currently available on the trading market, but some, like Bitcoin, have experienced an amazing progress when it comes to stabilizing and going through major positive changes regarding the value.

But, while some are reaching the value of 700$ or even 15.000$ per coin, there are still “little” cryptocurrencies with prices going below 1$ to a bit over 20$ per unit, but with great hidden potential these currencies are just starting to show.

We would like to address one of such currencies – Wave cryptocurrency, a part of WAVE that seems more than promising to the eye of experienced crypto coin traders and experts.

In that spirit here are the top reasons why you should be interested in Waves cryptocurrency as well as a brief introduction to what WAVES represents.

What is WAVES anyways?

WAVES is another blockchain based cryptocurrency that allows free transactions and trading, representing a decentralized platform with no third parties involved – that way the entire idea of trading and transactions are rapidly and radically changing. Whether we want it or not, high and increasing demand for these currencies is slowly but securely dictating a new way of doing business, performing transactions and more – the entire idea of internet as we know it could be changed as well – just remember your face when you first found out about Deep Web and a way to access it.

Nevertheless, WAVES, although based on the same principle of decentralized platform called blockchain, is going beyond the starting idea. How?

WAVE, unlike majority of other cryptocurrency platforms and cryptocurrencies makes a starting point for new cryptocurrencies – that means that you, in case you know what you are doing, can as well make your own cryptocurrency and expand the digital money market by joining a new developed currency that can easily get global interest and start making profit.

WAVES is making a decentralized community that enables the party who organizes campaign and the other parties to work on that campaign without the middle man.

The closest thing to compare WAVES to is Ethereum as it also represents a decentralized platform based on blockchain technology that enables more than just performing transactions and trading. But, unlike Ethereum, as we have already mentioned, you are able to launch your own cryptocurrencies with WAVES.

It seems that during the last month of 2017 people have suddenly realized that owning WAVES and investing in this currency will pay off as value of this currency had jumped from the beginning of this month when its value was somewhere around 10$ per unit. Now, the price had jumped to 16$ per unit in the course of a month. As the price is slowly rising, the best time to invest in this cryptocurrency would be at the end of 2017.

With its value jumping promptly and with positive outcome in the past month, financial experts claim that WAVES could represent one of the lead cryptocurrencies in the following year to come. As most experts claim, 2018 will be a fruitful year for everyone investing in new digital currencies. As one amongst the promising currencies, it wouldn’t hurt to have more than a couple of units of this currency in the following year. At last but not the least, to cat a glance on the past of this currency: WAVES, with value of only 0.7$ per unit in the year of 2016 now has value of 15$ per unit, so in period of a single year this digital currency have experienced a high leap of 600%.

This is maybe the most important reason to make you interested in this cryptocurrency: WAVES investors have realized that you can actually multiply your value by holding onto your coin units. That means that if you are keeping your WAVES cryptocurrency coins within LiteClient, you can actually earn more. That case will then cause the number of WAVES cryptocurrency coins to lessen, affecting its value to change positively, as making this currency less available the price will jump as well as demand on the market.

When compared to WAVES cryptocurrency and WAVES platform, many other digital currencies receive a connotation of primitive technological development. Given that WAVES enables you to perform transactions, as well as trading with values of different origins across their platform; they are also giving you the opportunity to multiply the value of your coin units by keeping them through LiteClient. There is also organizing and decentralized crowdfunding available, which enables you to organize and fund personal campaigns with no third parties involved. Based on its available features, WAVES is showing outstanding technological progress. If you add the feature, on top of all listed facts, that WAVES allows you to create your own digital currencies, getting interested in this cryptocurrency is inevitable.

As with all other blockchain based currencies, WAVES is also granting full privacy, which means that all your trades, transactions, purchases, contracts and actions in general, are all private and safe. With strong encryptions, you are able to perform any action with guaranteed privacy, sharing your information only with chosen parties. For example: if you are making a transaction, only the other party you have chosen will be able to follow up with that transaction, having the ability of following up with the process in real time.

To conclude, WAVES is not only representing a currency that has experienced positive changes in value for no reason whatsoever – it is quite the opposite: advanced technology and exclusive operations enabled through WAVES platform altogether make this currency one of the top wanted digital coins currently available on the market, definitely earning all the given interest.

We will be updating our subscribers as soon as we know more. For the latest on WAVES, sign up below!