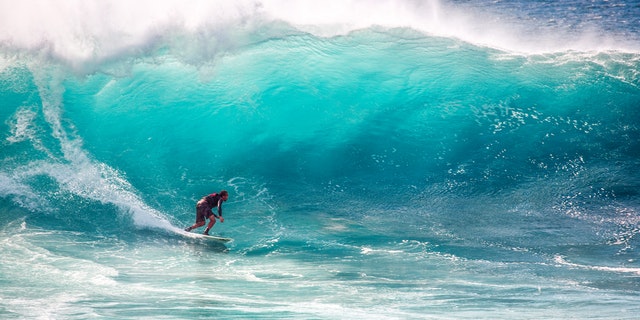 Crypto buzz has reached every corner of the world within the past year. Though for better or for worse, Cryptocurrency Regulations and Official orders have played a major role in the widespread of altcoins and ICOs. Speaking of impressive altcoins which aim to shift the paradigm by their unique goals and features and surpass the crypto giants, one cannot ignore Waves Platform. It is one of the most successful altcoins ranked under top 50 on CoinMarketCap. When defined in layman’s terms, Waves Platform is a blockchain based platform for cryptocurrencies. For the past few years, this project has amassed a staggering fan-following (community) and is actively marching forward towards completing its roadmap goals.

The Waves platform was designed to be an easy to use blockchain platform for the tokenized cryptocurrency. It offers companies and ICO parties to issue their tokens (tokenized cryptocurrencies) as a method to raise funds for their project developments. The symbol of Waves cryptocurrency is $WAVES and the platform was first released on June 6th back in the year of 2016. The algorithm is employed is SHA-256 hashing algo that generates 256-bit almost-unique signatures for a text. The cryptocurrency Waves is another aspect of the entire platform, it is used as fee that developers have to pay in order to run applications developed on Waves Platform. In short, the waves platform is user-friendly, better suited for crowdfunding and it can handle fiat transfers with the help of licensed gateways.

On 18th April which was just before a week after its ICO announced launching a new version of their platform, Waves 2.0 as a Testnet and invited users to test its functionality. It was their first release and worked as a boost after their successfully completed ICO that raised around $2 million USD within the first 24 hours. Announcing their Testnet just after three days of their ICO made investors participate in the development process of Waves. Waves are constructed on open source platform called ‘Scorex’ which was developed by Alex Chepurnoy and IOHK. The founder and CEO of Waves Sasha Ivanov have been an acquaintance with Alex but there is no formal relationship between Waves and IOHK as of now. The new version is supposed to lessen the key issues in cryptocurrency while enhancing the scalability and usability of fiat tokens on the blockchain.

On 7th May, Sasha Ivanov, the CEO, and founder of Waves Project admitted in a blog that the future of cryptocurrencies is security tokens. In addition to that, it’s impossible to make every token as utility token. There are various projects requiring a token of security nature like the projects that allow buy-back programs. According to Sasha’s words, it is evident that the team behind Waves is planning to add a security tokens support all over Waves ecosystem and offer a completely compliant solution for the trading and equity tokens issuance. The in-built decentralized exchange of Waves is best suited for security tokens support. The company is also working hard the licensing of Waves DEX as securities trading and issuance platform.

At the time of writing, Waves is ranked as the 40th largest cryptocurrency of the world. According to the data on CoinMarketCap, the total market capitalization of Waves is approximately $675 million USD. The cryptocurrency currently has the individual price of $6.76 USD which is rising at a rate of 4.38%. The total volume which has exchanged hands within the past 24 hours is close to $29 million. It is listed on some of the biggest and secure cryptocurrency exchanges such as Changelly, CoinSpot, Bittrex, Tidex, Binance and ShapeShift. With the new features and enhanced usability of Waves Platform due to launching smart contracts has paved a clear path for Waves where it is more likely to grow further. Although the dynamic nature of cryptocurrencies makes investors and traders a bit wary before investing in any blockchain project it is safe to admit that Waves will remain an interesting project for months to come.

What’s the Status on Status (SNT)?

Siacoin: Why Investing in SC Could be Lucrative for Traders This Year