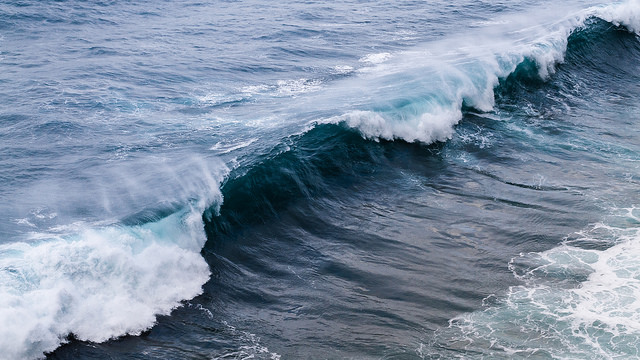 In the highly competitive crypto market, it’s becoming increasingly difficult to maintain a consistent progress. This year, which has seen some devastating performances from the popular currencies and witnessed a boom in altcoins. With the traders selling off their assets in favor of lesser-known alternatives, blockchains like Waves has emerged as a big winner. A little insight into Waves will reveal that the currency is presently trading and is presently trading in the green. What’s more, it has anchored its place in the market as the fastest crypto. If you are unaware about the Waves-craze that’s rocking the market, here’s a summary of its latest accomplishments.

Waves (WAVES): The Fastest Crypto in the Market

Speaking of Waves performance in the market, its uptrend can be traced back to the Bitcoin’s decision of renewing the consensus to embrace the next-generation of blockchain protocols, leading to the formation of Bitcoin NG. Bitcoin NG was conceived by Ittay Eyal and Emin Gun Sirer with the vision of creating an improved blockchain, free from the flaws and deficiencies in the consensus of Bitcoin. Subsequently, Waves adopted the NG consensus that was developed for Bitcoin’s next-generation protocol, meant for rendering the network faster. Wave’s appropriation of the NG consensus was motivated by these factors, as it anticipates creating a lightning fast network that is both user-friendly and rich in high-end security features. At any rate, Waves has successfully managed to achieve fast processing time, where thousands of transactions are executed within just one minute. Needless to say, such a feat is unthinkable and crowns it as the fastest platform in the market.

The above-mentioned consensus, which was added to the Waves Main Net, was introduced last year. Right after the implementation of the consensus, the Waves miners reported the acceptance of the improved Waves NG protocol and its popularity among the mining enthusiasts. Interestingly enough, the algorithm of the consensus, which was developed to cater to the deficiencies in Bitcoin’s existing protocol, was later deployed, alongside Waves NG, as a blueprint to implement the proof-of-stake protocol, making it the first instance where a new generation consensus was integrated into a blockchain network.

Today, Waves, which is acknowledged as the fastest platform in the market, can process several thousand of transactions within 60 seconds, which strengthens its status as user-friendly blockchain network.

On April 28, 2018, Waves Platform announced that the Waves Smart Contracts will be available on Waves’ Testnet. It also mentioned that the Testnet, aside from allowing access to the much anticipated Smart Contracts, will offer additional features and can be downloaded from github.com.

As evident from the reports disclosed by the Waves platform, it anticipates taking the project to the moon once the contracts are operational on Testnet.  Such an accomplishment definitely takes Waves to a new height wherein it can be included in the list of blockchains aiming to challenge Ethereum’s dominance in the realm of Smart Contracts. Some popular names to join the tribe include Stellar, Zilliqa, Tron, EOS, as well as Ripple, which is armed with its new Codius project.

What is interesting to note is that the announcement of the launch coincides with Ethereum’s security breaches; as per the news, Ethereum, which ranks second by market capitalization, has attracted the critics’ attention as its smart contracts divulged security vulnerabilities.

The recent updates on the Waves’ blockchain have managed to boost the network’s transaction speed. Apart from executing an average of 100 transactions per second, the platform also comes with other notable advantages like zero restrictions on withdrawals.

Why Waves Stands Out From Its Peers?

The success of blockchain platform can be directly accorded to its developing team, and Waves development team has done a fantastic job, provide users with improved features. Investors can also benefit from ICOHub which allows Waves users associated with different projects to be hauled into the Waves network.

Conveniently enough, all users can initiate crowdfunding campaigns and launch new ICOs, provided the projects are upvoted by the Waves community. Projects with maximum votes will immediately elicit the attention of the development body, which can regulate the projects, helping project owners to actualize their ideas.

When it comes to security, Waves account holders can expect reliable services, with facilities like trading at low fees and within the shortest time span.

Waves and the Crypto Market

With many bigger currencies turning to red, investors vying for profitable currencies, which are not only rich in features but boast top-quality security standards. The growing interest in this promising altcoin can be attributed to its recent updates. As per the price records, the coin has seen some excellent responses in the market. Tracking the price of WAVES, the coin has moved up by 5.02% from its earlier position and has been trading in green. With a market capitalization of $693,948,000 at the time of writing, Waves is trading at $6.94. At this rate, the currency, which is ranked 40 by market capitalization, is prepared to enter a new phase characterized by a steady growth.

Stratis (STRAT) or Ethereum (ETH): Which One to Choose?