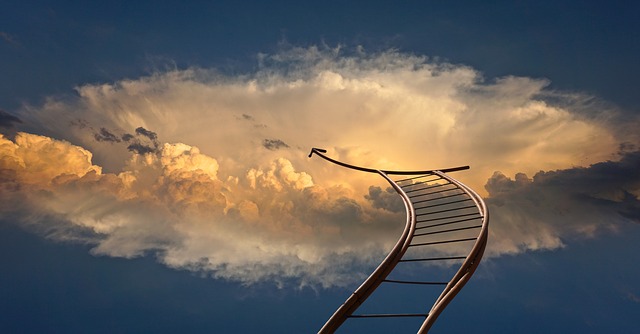 Today, before I start talking about Ripple (XRP), I need to set the ground. So, please excuse me for not talking about the coin straight away and keep reading, as setting the base is essential here. So, in the financial world, two of the most important terms to comprehend are without a doubt, inflation and deflation, concepts that play a vital role in the way specific currency acts and reflects on the users.

To understand both, Investopedia defines inflation as a process that occurs “when the price of goods and services rise, while deflation occurs when those prices decrease.” But what does this concept represent regarding benefits or detriment for those who keep the currency at issue? Well, it appears both inflation and deflation have an incredible repercussion in this matter.

For starters, one needs to keep into account that inflation is a process that even when it may spontaneously appear on an economy, most of the times it is also created, or at least, stimulated by certain governments with the intention of obtaining a more significant benefit. I know, right? It does come across as a tough thing to assimilate, but the truth is that on an inflationary process people tend to sell and buy more goods and services, and this is actually not rocket science, in fact, due to money tends to lose its value, people refuse to hoard it and decide to use it instead.

With this said, the main benefit people can obtain from an inflationary process created by the government is the warranty that money will not be accumulated and kept by just a few, which in case of happening would create a concentration of power that only can be interpreted as a pyramid scheme, one of the labels with which the crypto environment is related the most with.

In this sense, it results clear that in order for certain coins to perform in a way where wealthiness is equitable, it is necessary for the governance of such coins to perform a pseudo inflation that guarantees the distribution of their money in an appropriate form, and that is precisely one of the actions that we don’t get to see in the cryptosphere.

Ever since Bitcoin (BTC) appeared in the financial landscape, the distribution of their money has been unequal and dissimilar, meaning only a few manage to have incredible amounts of their cryptos and accumulate wealth.

Like this, the previously mentioned pyramid scheme results inevitable, and the only possible option for the coin is to start a decreasing path (if not already started) that will conclude with the stagnation of the token.

Contrary to this, the coin that seems to have all of this calculated is none other than Ripple (XRP). The third largest cryptocurrency of the market despite being strongly criticized for locking up more than the half of their total supply, it has been building up the foundations of an economic policy that benefits its users in the future.

So, be sure that all of the moves that Ripple (XRP) has deployed have been more than calculated, including the predilection of the token to relate with bank entities that, to say the least, looks a lot like what governments do when they artificially inflate their coins and put their fresh-created money out there in the banks.

In fact, the ability of the token to determine somehow the rate distribution of XRP is a way of the coin to emulate the inflation that governments construct whenever in need, a fact that avoid the hoarding of money and the wrong accumulation of power.

XRP is a coin that sooner or later will become the one to follow in the sector, so instead of pointing out the ‘centralization’ of the crypto, what we all should be doing is supporting the works that the token realizes for us to obtain a benefit in the long-run.

Tron (TRX) is highly propitious, here are the reasons why