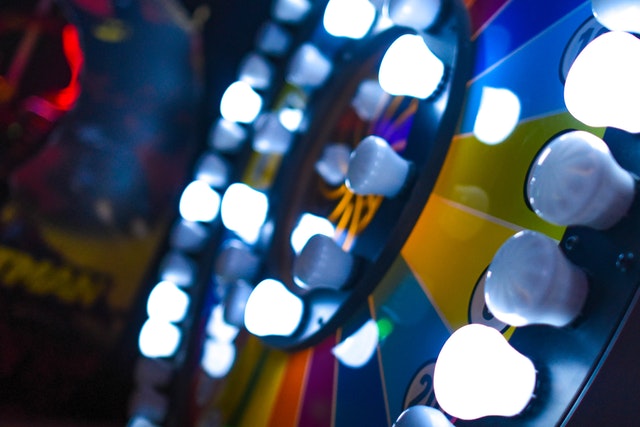 2018 was a year when the crypto market received a hard blow, one that it has yet to recover from. The year was marked by significant price drops, market crashes, an ICO extinction, hacking attacks, and many other incidents that proved to be unfriendly for the steady progress of digital currencies.

However, investors remain optimistic regarding the future, and 2019 in particular. This is believed to be the year when a positive momentum will return once more, and when coins will get back on track.

Despite the bearish 2018, a lot of crypto projects managed to grow in other areas, even though their prices were dropping. Meanwhile, the crypto market became vast and filled with different altcoins, currently exceeding 2,100 individual projects.

While there undoubtedly many of them that have a lot of potentials, three of them are receiving more attention and coverage than others, apart from Bitcoin itself, at least.

The projects in question are XRP, Ethereum, and TRON. With a new year, a new hope for the future of crypto arrived as well, and these three coins have a pretty decent chance to blow up in 2019. Let’s see what makes them different than the others.

XRP, formerly known as Ripple, as a coin developed by the company Ripple Labs. Throughout its history, the coin usually had a relatively low price, which is currently only $0.30. This is not particularly impressive when compared to the price of Bitcoin, for example. However, XRP has managed to expand in other ways and is currently being used all around the world.

Ripple Labs’ two major products — xCurrent and xRapid — managed to capture the attention of over 100 banks around the world, all of which wish to implement these products to better their payment systems. The products allow any transaction to be completed almost instantly, and at a significant discount. This is one of the largest crypto use cases today, and thanks to this, XRP managed to become the second largest coin in the crypto market, with a market cap of $13.19 billion

Due to its connection to Ripple Labs and numerous banks, many have accused XRP of being centralized, not being a real cryptocurrency, and even of being security. However, over time, XRP managed to prove itself again and again, and most of these accusations are now in the past, with the coin being well on its way to becoming the first crypto to enter the mainstream.

Ethereum is known for being the second most important coin in crypto history, mostly due to the fact that it shifted investors attention from the coin to the blockchain, the technology that cryptocurrencies are based on. Thanks to ETH, dApp creation and smart contracts received a lot of the attention they previously lacked, and discovering new use cases for blockchain technology has become one of the largest tech-related trends in recent years.

For a long time, ETH also managed to keep its position as the second largest coin by market cap, until XRP recently dethroned it. Its price was also more than acceptable, with its all-time high being above $1,400. These days, ETH is the third largest coin with a price of only $107.46, but many believe that it might grow once again in 2019.

In the past several weeks, ETH received several updates, delivered via hard forks. The updates are expected to improve its network, and even attempt to solve scalability issues, which have been affecting digital currencies since Bitcoin’s first day. When combined with its potential for smart contracts and dApp creation, it is easy to see why investors and developers are still not ready to give up on ETH.

TRON is probably the most popular coins today, and it certainly achieved much in 2018. In a single year, that was extremely unfriendly for digital currencies, TRON managed to launch a TestNet, a MainNet, to perform a token swap, perform several large token burns, get listed on countless exchanges and wallets, launch multiple popular dApps, and even buy BitTorrent and announce a massive project centered around it.

However, despite all of these achievements, media coverage, and general hype regarding the project — its price has failed to respond. While its market cap did increase enough to grant TRX entry to the top 10 coins by market cap (currently being ranked as 9th largest crypto), it did not do much for its value, which is currently at $0.02799.

Many believe that the reason for this is the simple fact that the market doesn’t allow positive momentum, which is why TRON’s achievements do nothing for its value. Others believe that its achievements did have an impact and that they prevented the price from going lower than the current one. Whatever the case may be, TRX managed to survive two market crashes and an entire bearish year, from which it emerged strong and well-connected, with a strong potential to explode as soon as the conditions are right.

Crypto Investors should Keep an Eye on Lisk (LSK)