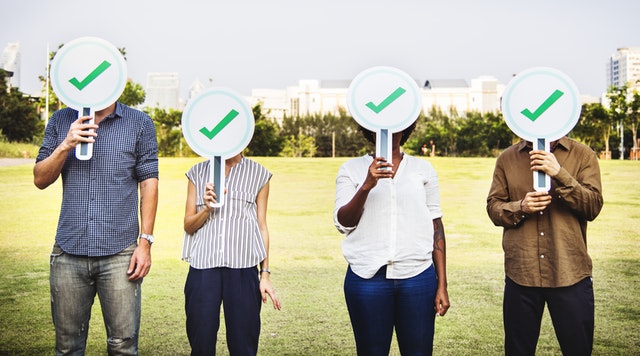 After the recent market crash that started in mid-November, the market is showing the first signs of recovery, as investors are once again starting to buy cryptos. The market cap is currently just above $130 billion in total, which is a significant increase from this year’s lowest point of $115.1 billion.

However, the full recovery that many are expecting and predicting will likely take a longer period of time, as the change from the downtrend to an uptrend cannot be achieved overnight. Experts expect that the process of building a proper basis for an uptrend will likely take several weeks, during which coins will neither be at the bottom nor actually rising. However, investors are still interested in how some of their favorite coins are performing.

This was arguably the worst November that Bitcoin has experienced in at least seven years, with its price dropping once again by more than a third. This is a massive fall that came within only two short weeks, which shows that bulls were selling it rapidly. Many are currently wondering whether the coin will make another comeback, or if it will simply continue to sink.

While the coin is currently still well above $4,000, it is believed that its first support zone lies at some point between $3,000 and $3,500. In other words, it is unlikely that BTC will sink lower than this, even if its current price doesn’t hold. If it does happen, however, the next lowest level believed to be a stable bottom is at $1,752, although this is very unlikely to happen.

Bitcoin’s previous critical support zone was at $5,900, and violating it so suddenly usually means that the price will jump back up at some point. So far, the coin has seen lows previously observed as far back as in 2015, and while there are signs of recovery, a lot more needs to happen in order to confirm that the coin has found a new bottom.

Ethereum has officially started working towards bringing a new upgrade known as Ethereum 1x. The upgrade is expected to improve the usability of the ETH network, and the early predictions say that it might arrive by June 2019. Ethereum’s co-founder, Vitalik Buterin, also made headlines several days ago by receiving an honorary doctorate from Switzerland’s oldest university, the University of Basel.

The doctorate was given to him for outstanding achievements in the field of cryptocurrencies, smart contracts, and institutional design.

As for Ethereum’s recent performance, the coin looked promising in mid-2018, although this has changed since then, and the coin even lost its rank of the second largest crypto multiple times. Each time, it was overtaken by XRP, and while at first it ETH managed to regain its position, XRP eventually managed to overtake it permanently.

Bulls are currently doing everything in their power to keep ETH above $100, and the coin’s current price is $113.36 per unit. Many experts believe that the coin will soon bounce back. Its resistance levels are believed to be at $136.12 and $167.32. On the other hand, if the coin sinks once again, it is expected that it might continue to fall down to $66.

A lot of people have lost their faith/interest in Litecoin, and do not expect its price to be able to hold. Despite this, the coin still has quite a number of supporters who believe that the fall is the best opportunity to buy before the surge arrives.

It is true that recent months were very damaging for Litecoin’s price, and even now, bulls are trying to prevent the coin from falling below $28. However, LTC has not had a noteworthy uptrend since April 2018. The coin has been oversold as well, so the possibility of a bounce still exists, and it is estimated that the first resistance level awaits at $47,246. However, in case of a further drop, two support levels are believed to be at $28 and $19.752.

TRON has also managed to make a move against Ethereum, only in a different way than XRP. Where XRP took over Ethereum by market cap, TRON became the most popular dApp platform in the world. In addition, TRON also announced the addition of privacy features in early 2019.

However, this will only happen if the coin breaks the next resistance level as well, and exceed the price of $0.02815521.

3 TRON TRC-20 Tokens Worth Looking Into

Can Precious Metals Save Crypto?