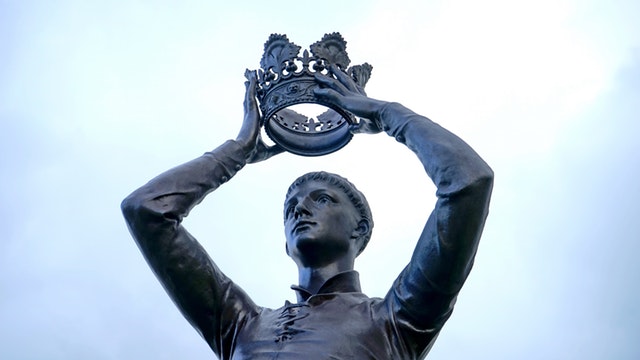 After months of going down, Bitcoin (BTC) finally seems to be on a steady rise once again, and experts believe that the coin has barely started its return. While altcoins have seen significant increases also, they still cannot hope to match Bitcoin’s new behavior.

Bitcoin (BTC) still on the rise

Ever since early January, cryptocurrencies have had their prices dropping constantly, and it came to a point where many have started to question whether cryptos will really survive the downfall. Now, after more than 6 months, Bitcoin has led another bullish run by spiking up by 19% during last week.

This week has seen another increase, 5.8% on Monday alone, which has put even more distance between the first crypto and its altcoins. Over the years, many cryptos have emerged and claimed to be Bitcoin’s rivals, but now, it would seem that BTC is denying those claims by leaving all other coins in the dust.

This even includes the second and third coin as per CoinMarketCap, Ethereum (ETH) and Ripple (XRP). Since Monday, Bitcoin’s cut a tiny portion of its advance, but even though its rise dropped from yesterday’s 5.8% to today’s 4.7% compared to last week, the coin still has a significant head start.

Currently, Bitcoin’s price is at $7,998.74, which leaves BTC at the highest value in the last two months. Even the broader crypto market has turned out to not be capable to keep up with such an increase, and Bitcoin seems to be flourishing, leaving other coins’ progress barely noticeable.

Is the increase only starting, or is it about to end?

It is no secret that 2018 has been a very tough year for cryptos. A lot has been achieved in the real world, especially regarding their adoption, partnerships, projects, and alike. Within the crypto market, however, the prices continued to go down day after day. A slight increase in mid-May has left everyone hoping, only to re-live another January, when the prices crashed to pretty much the same lows as before.

The two months after that were especially tough, and filled with negative news of lawsuits, hacks, strict regulations, and more. Still, the long-awaited bull market seems to have finally started last week, and cryptos have been on a constant rise ever since.

While there are many skeptics who remain certain that the rally will and every minute now, there are many experts and market technicians who claim that cryptos are just getting started. Not only that, but they have been expecting it and warning about it for months. Now, many are wondering why is BTC doing so much better than the altcoins?

The answer to this might lie in its status as the largest crypto, which Bitcoin can benefit from, while all the other cryptos are only allowed to follow from a distance. The alternative is that the altcoins’ reputation has been damaged after the Group of 20 nations’ decision to classify them as crypto-assets that do not possess the attributes needed to be considered sovereign currencies.

On the occasion, they stated that crypto assets are not a threat to the global financial stability. At least, not at this point. It was decided that October of this year will see the final decision regarding how the standards apply to the case of crypto assets.