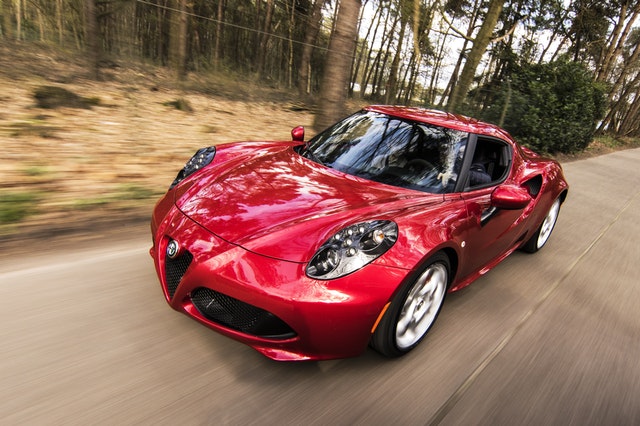 When DigiByte (DGB) was first conceived on 10th January 2014, Jared Tate, the founder of the blockchain aimed to provide a digital platform, which was both safe and lightning fast. In the turbulent world of cryptocurrency, where the market is characterized by volatility and frequent price movements, stability is a huge factor when it comes to choosing a currency. As far as cybersecurity is concerned, only a few coins can beat the tight security protocol offered by DigiByte. This article explores some of the recent developments on the blockchain, offering an insight into its performance in the market.

DigiByte (DGB), a Coin on the Rise

Developed as a proof of work (PoW) coin, DigiByte is supported by a system that regulates ‘denial of service’ attacks and various service abuses. This is usually done by prompting the service requester to take necessary actions. DigitByte didn’t instantly become famous and took some time to come to the limelight. Tracing its market response, the recent developments are largely responsible for its sudden rise to fame. As for the notable upgrades on the blockchain, mention can be made of its listing on the global digital wallet app known as Abra. Interestingly, Abra is associated with some of the big names in the crypto world, such as Stellar (XLM) and Bitcoin Gold (BTG). Besides this, the coin has also been on Coingate, a renowned digital platform that permits payment integration on different sites.

Why Should You Watch Out for DigiByte?

DigiByte is one of the most underrated currencies in the cryptoverse. Discernibly, it strives to deliver much more than it promises. This currency has been greatly rewarding for the early investors, who have managed to cash in at the right time, especially in the initial days when it had not gained so much popularity. Considering the growth it has witnessed over the years, it comes across as a dynamic cryptocurrency in the market.

Bitcoin, the largest and hyped-up blockchain project, has a single mining algorithm, but DigiByte, a comparatively new currency in the market, boasts as many as five mining algorithms. The altcoin, which ranks 51 by market capitalization, is 40X times faster than Bitcoin. Also, the coin’s transaction fee is lower than BTC, which makes it an affordable alternative to overpriced options.

Equipped with more than 200,000 nodes, DigiByte features among the most decentralized blockchain available in the market. As per the price movements, DigiByte has recorded a consistent growth since it was introduced in 2014. Aside from occasional drops, the currency has shown incredible resilience, wherein it has made quick rebounds when the general market witnessed a price slump.

In terms of innovations, DigiByte has always outperformed its peers. Whether it is the leading-edge core wallet, the Android and iOS wallet, or important listings, DigiByte has enjoyed an unprecedented growth.  Speaking of DigiByte’s meteoric growth in the recent time, the lightning speed transaction speed draws special attention. While Bitcoin and other big names take over an hour to execute transactions, DGB users receive notifications within seconds.  As for the transaction speed, DigiByte can manage over 280 transactions per second, which is impossible to imagine with Bitcoin and its like. Above and beyond, transferring funds to other DigiByte token-holders can be done without any hassles since the registration process is incredibly simple requiring no elaborate procedures or hidden charges.

DigiByte’s developers have been busy with the new Digi-ID solution, which promises to introduce exciting changes on the blockchain. The Digi-ID solution, which has become a talking point in the community, is powered by cryptography. While the blockchain technology can be deployed for many different purposes, the authentication models can largely benefit from it. Considering factors powerful algorithms, encryption, and transparency, the solution can be regarded as a game changer in many ways.

Looking at some of the latest developments on the blockchain, DigiByte’s listing on BiteBTC and the upgrade for mobile wallet can be highlighted. The mobile wallet launched by DigiByte team can be accessible from both Android and iOS devices.

Tracking the coins’ price movements, DigiByte’s performance has been disappointing, as it is still trading in the red. The coin which has slipped -3.92% from its earlier position is trading at $0.030414 as of May 29, 2018. The price slump came as a severe blow to many investors, but it is unlikely to be a cause of worry at the moment. Apparently, the entire market has witnessed a drop, sending many top market players in the red. With a market capitalization of $313,765,204 at the time of writing, the coin is gradually emerging to be a promising investment option in the crypto space.

Related Topics:DGBDigiByteDigiByte (DGB)
Up Next

Here’s What Banca Has Been Up to This Week

Can Tron (TRX) maintain its momentum ahead of MainNet launch?