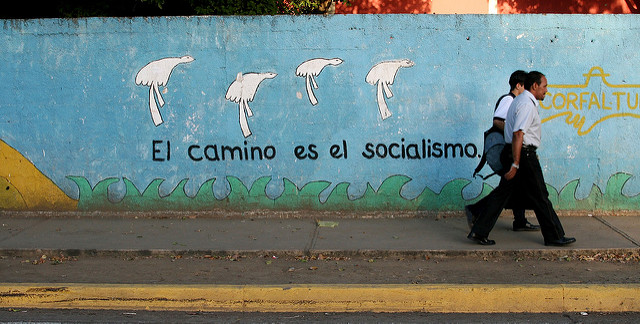 The crypto market continues to see new development as Dash experiences a significant price surge after announcing a partnership with Kripto Mobile. Additionally, the 20% price surge might have also been influenced by news of adoption push in Venezuela.

Dash on the rise in Venezuela

For several days now, Dash has been experiencing an increase in value, which went up by as much as 20% after recent news from Venezuela. According to reports, the citizens of Venezuela are massively adopting Dash in an attempt to flee from their native fiat currency, the bolivar, and its ever-increasing inflation rate.

Due to such extreme economic problems, Venezuela started turning its gaze towards cryptos. They started by launching Petro at the beginning of the year, which is their own oil-backed coin. Since then, the country’s president, Nicholas Maduro, announced the launch of “Sovereign Bolivar”, which is a new crypto that should replace the traditional bolivar, which is currently pretty much completely worthless.

The new Sovereign Bolivar is to be pegged to Petro’s own value, which is seen as the only way for the country to regain some level of economic stability. This is where Dash came in and took advantage of the country’s situation. In absence of any stable fiat currency, its transaction speed, decent price, and focus on privacy might be a perfect solution for Venezuelans.

Since then, it supposedly already signed up around 200 vendors per month, on average. This even includes large brands like Calvin Klein and Subway. According to Ryan Taylor, the CEO of Dash Core Group, there have been tens of thousands of wallet downloads per month in Venezuela, which has become Dash’s second largest market.

However, this is not all, as Dash also entered a partnership with Kripto Mobile Corporation, which is a company based in South America, and dedicated to the creation of mobile phones. The phones are now coming with Dash ecosystem, which is pre-equipped. The phones also contain Dash wallets, as well as the Bitrefill application.

The phones were originally introduced during a Caracas conference, and the company believes that this move will bring more South American users to the crypto market. The solution is generally not bad at all, as crypto payments can cut the transaction time and costs significantly, which is something that Latin American communities desperately need right now.

The results came almost immediately, and while Dash is was, generally speaking, a well-performing coin, it has been on a downfall recently. However, after unveiling the new partnership, the coin saw a 20% increase, and it even grew to be only a dollar or so short of hitting the $200 mark. While the positive momentum of the entire market was definitely responsible for bringing the coin to this important milestone, the massive increase in adoption in Venezuela, as well as Kripto Mobile partnership, are definitely what allowed Dash to rise as high as it did.

The current situation with the coin is slightly less enthusiastic, as the coin has experienced another 8.37% drop in the last 24 hours, bringing its value down to $180 at the time of writing. However, there is still hope that Dash will soon shake this off, and continue to rise once more.

IOTA surges 39% in a week, leaving Tron and Monero in a fierce competition