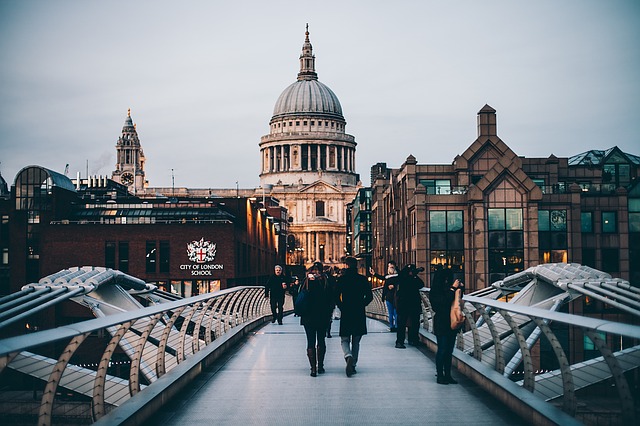 A recently published report by Unesco has some very interesting things to say about money moving around the world. Especially out of the UK. And that’s where Ripple and its token, XRP, might fit in.

There are around nine million migrant workers in the UK. Low-paid jobs boast more the rule than the exception for them and they still find ways to send 8 billion pounds yearly to their families in their home countries. We are talking about jobs that are at the end of the food chain, so it’s very hard-earned money.

The point that Unesco makes in its report is that too much of that money is lost to the workers (and their families) in transfer fees. Unesco believes that wiring money around the world should cost no more than 3%. And yet the average is 7%.

The Unesco implies that such a high fee is rather unfair. But that’s not the only problem. That kind of transfer (called wire) usually takes at least a couple of days to complete, and besides being slow and expensive, it needs a lot of red tapes (the forms are quite complicated to fill up) and it’s also prone to errors because it’s based on the 43-year-old SWIFT system which is cumbersome and technologically obsolete.

Banco Santander already has a solution to this problem. It has an app that allows users to send money around the world using a mobile phone, for fees much smaller than 3% (fractions of a cent, actually), and that settles the payment in a matter of minutes. The caveat is that both the sender and the receiver must be Santander’s customers and know how to use the app, which is not all that common all over the world, despite Santander’s very strong global presence.

How did Santander manage to get ahead of the curve so dramatically? The answer is very simple: they’re using Ripple’s technology.

This is exactly the problem Ripple wants to solve for migrants in the UK, and everybody else in the world.

Ripple is trying to persuade remittance services (MoneyGram, Western Union) and banks around the world to adopt its platform and its currency (XRP) to do just that. If the industry would adopt Ripple’s technology and token to serve the customers that need to send money back to their countries, the transactions would take minutes, not days, the cost would be fractions of a cent (well, a penny since we’re talking about the UK), and the degree of safety would skyrocket.

More than 100 banks around the world have partnered up with Ripple to take advantage of the technology and the coin to deal with this problem as well. So why is it that the situation that Unesco decries is still around? Good question.

Santander is an exception in that as it deployed Ripple’s tech in production stage very quickly. But most other of Ripple’s clients have agreed to test the technology only and are not using it yet to serve their clients.

The migrant worker’s financial predicament in the UK is the perfect scenario for Ripple to prove it works, and that it helps every party involved in it. We just hope it happens quickly.

The Era of the Blockchain Boutique Bank Has Arrived – but Does It Go Far Enough?