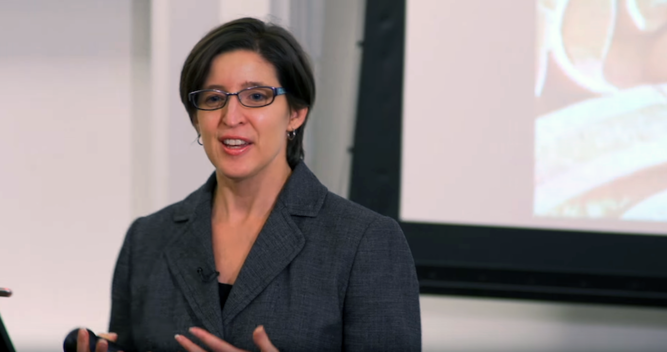 Director at Ripple, Susan Athey was spotted giving a presentation to the audience in a video that gone viral yesterday (but it was recorded in early Octobober, last month). In the video, she claimed that banks are tapping into the Ripplenet to form their very own network. The senior executive of Ripple affirmed that banks are doing so to ditch the obsolete SWIFT system.

As per Susan Athey, less-established countries feel disadvantage while using SWIFT since only a handful of large US institutions are responsible for everything. She also shed some light on the facts that messages on SWIFT do not work well alongside it being a slow network.

Big groups from Asia, the Middle East, and Japan have joined RippleNet already. In Susan opinion, that hints smaller countries are the earlier adopters of Ripple blockchain.

Regarding the future of currency, Ripple aims at eliminating the need of ‘hub’ for payments. If you go and book an air-ticket through a hub, you’d more likely be purchasing the ticket at a higher price. Also, if an airline has a monopoly over a hub, it can control that for its benefits.

"Banks are plugging into RippleNet to form their own network so that they don't have to go through SWIFT. " ~ Susan Athey, Director at Ripple
I'am back btw 🙂#RippleNet #IOV #XRPcommunity pic.twitter.com/Tg0MjVkNe5

Susan noted that it’s the kind of feeling that smaller banks and countries have when they need to rely on large US institutions as they have to pay mark-ups and face delays. That’s precisely what the blockchain firm aims to do, enabling everyone into saving money on cross-border settlements. With its blockchain tech, anyone doesn’t need to go through any hub. Susan was quoted saying,

The director at Ripple also affirmed that aside of those, countries are also using cryptocurrency (XRP), and right now most of them are remittance providers. As the video went viral, the XRP community jumped onto it to share their excitement and thoughts.

A Twitter user who goes by the handler @ChristianTesto1 said,

“Interesting video, but what stops a number of giant banks from buying the bulk of XRP for xRapid use and thus monopolise the cross border settlement market and shaft the smaller banks to the side? Yes they get rid of swift but then create another monster. Just a thought.”

@DiepSanh (the Twitter user who posted the video upfront) jumped in and gave a less-impactful answer to the critical question saying,

“Like Susan said in the video, for small players that are not well-served, using SWIFT will be very inefficient for them as they have to pay a premium.”

Nevertheless, Ripple has done excellent work concerning making major banks all around the world to use its blockchain. Just yesterday, the second biggest bank of Malaysia, CIMB, joined the Ripplenet. Reportedly, InstaReM is going to be the bridge between Ripple and its new member CIMB bank for the payments.