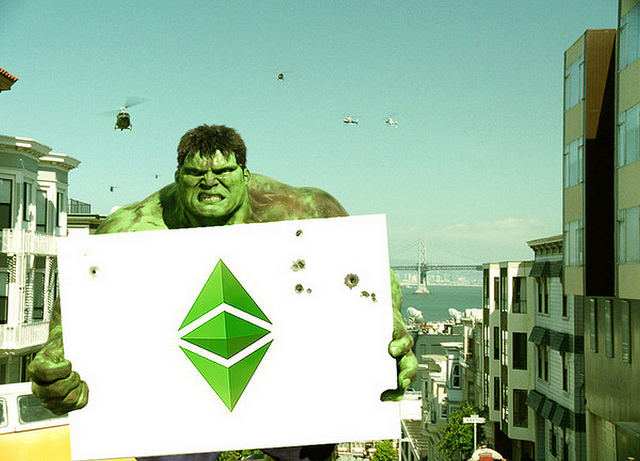 Ethereum, ranked as the 17th-best currency in the global coin ranking list, divided the Ethereum community once it was forked out of Ethereum’s first major system update. For quite some time after the initial fork, Ethereum Classic was doing more than well with also having been ranked as one of the top 20 coins, however, it soon started to drop against the dollar, while collecting only 1.3% of gains in the last two months. Now, we can see ETC clearly progressing in the last 30 days, even though it had adopted the latest trend of trading in the red, as the majority of coins is dropping in the last 3 days. Let’s see how well Ethereum Classic did, as well as find out more about the latest updates made by ETC dev team.

Ethereum Classic in the Last 30 Days

Although ETC has risen not more than 1.3% in the last two months, which is considered to be a pretty weak set of gains in the period of 60 days, we can now see Ethereum Classic under the more positive light.

Apparently, Ethereum Classic has had a major rebound as it was trading up during the most of April, which was pretty easy on the majority of currencies. April came as a perfect time for bouncing off, as February and March went pretty tough on the crypto market, dictating frequent drops and setting up the trend of trading in the red.

That is how ETC has made an amazing improvement when it comes to its market value, during the course of 30 days. During April, ETC has made it with acquiring 71% of gains in the course of 4 weeks, which helped Ethereum Classic adopt a pretty smooth rebound rate.

Now, that the majority of coins are going down with the latest market trend where a great portion of currencies is being traded in the red, unfortunately, Ethereum Classic is following upon with the trend as well, unable to stay immune.

That is how ETC is currently dropping, although it is not going down below the value of 20$ per one unit. At least not yet.

Emerald Wallet came as refreshment to the ETC community, also marking a new beginning for ETC that finally started off on the right foot after having its price dropping for a prolonged time in February and March.

Emerald Wallet has been released with new features and updates that made it more functional, also creating a safe and secure environment that is made to be operational even in the offline mode.

With this update, it is more than obvious that Ethereum Classic is ready to move on, and it is paying off already, as it is considered that Emerald Wallet along with the latest improvements is one of the main reasons why Ethereum Classic managed to get back on the track.

Besides from making the wallet into a more functional environment, the team has also been experimenting with improving the ETC network by working with side chains, so it is expected to see some improvements on the network as well.

Further on the matter of improvements, it was talked about how Ethereum Classic and Ethereum can work together, instead of having their communities grow separately in despise towards the opposite side.

The topic was initiated by Ethereum’s Vitalik Buterin and Anthony Lusardi, who is a crucial part of Ethereum Classic team.

The mentioned topic came off as the ignition for having many of ETH and ETC holders thinking that the two coins will soon be merged together. However, there are no confirmations, or negations, on this matter.

How is Ethereum Classic doing at the Current Moment?

ETC has been doing great for the past 30 days as it has managed to collect the set of gains of 71% against the dollar. However, now that the market trend has changed with the majority of currencies going down in the market while trading in the red, ETC couldn’t stay immune.

That means that after some time spent trading in the green, Ethereum Classic is now dropping against the dollar, however, the noted drop is considered to be only a minor negative change.

After the latest change in the market, Ethereum Classic is going down against the dollar by -1.27%, while it is also dropping against Bitcoin by -1.91% against this digital value.

Following the latest change, Ethereum Classic can now be traded at the price of 23.44$, which is still a pretty good price for ETC since the latest change didn’t take it go down below the value of 20$ per one ETC unit.

What Would it Take for Litecoin (LTC) to Overthrow EOS (EOS)?