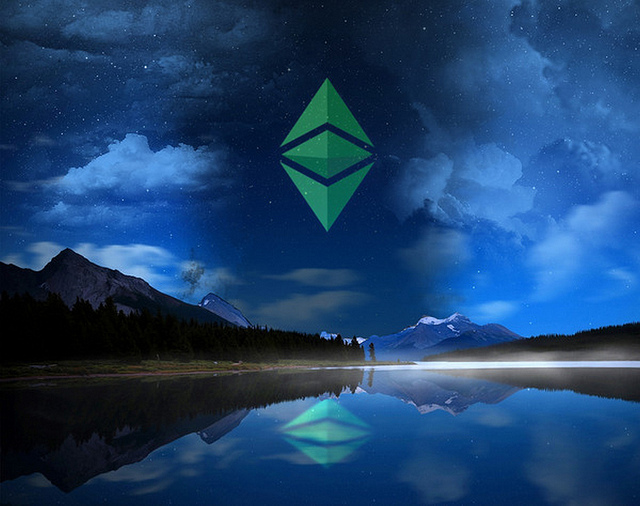 Ethereum Classic (ETC) has been doing quite well lately and has even made headlines after Coinbase announced its plans to adopt it. This has provoked a lot of discussions regarding ETC’s position, and whether or not it might become a danger to Ethereum (ETH) itself.

Coinbase makes a move on ETC

Ethereum Classic (ETC) has received a lot of attention after Coinbase’s initial announcement that the coin will be joining its rather short list of offered cryptos. Originally, the plan was to add ETC in a few months. However, another recent announcement indicated that this might happen a lot sooner than that, due to its similarity to Ethereum (ETH).

Unlike Ethereum Classic, which is technically similar to Ethereum, these assets require additional work that necessitates contact with many external parties. To ensure that this news comes to you directly from us, we are publicly announcing our intentions.

This has caused many to believe that ETC has already been integrated and that Coinbase is simply waiting for the right time to announce its listing. When the announcement finally comes, the crypto community expects that ETC’s price will rapidly skyrocket. In fact, this might be one of the biggest reasons why ETC has received a lot more traffic recently.

Ethereum and Ethereum Classic are a lot alike, with both platforms offering smart contracts, and being highly decentralized. So far, however, ETH has mostly been preferred over ETC. Still, this doesn’t mean that ETC’s team has given up. In fact, their roadmap has displayed various plans to make the coin more attractive.

The ETC developer team has already scheduled various projects that are to come to life over the course of this year. Besides the obvious plan to advance the platform and make it better for the users, it would seem that the team also wishes to close the gap between ETH and ETC. Some of the biggest goals that ETC has set for this year include finding solutions for scalability via sidechains, creating a platform for third-party developers to use and create dApps, as well as ETC’s integration with IoT.

Getting better solutions for the platform’s scalability is not an easy thing to do, but the ETC developers seem to have found the way. The solution is to add a number of sidechains to the blockchain. Even though the solution has seemingly been found, this is still a challenging task, and the team has a lot of work ahead of it.

Making ETC usable with IoT has been another one of the larger goals of the ETC developer team, although this is a short-term goal. In order to make this work, the team has already set in place various components. Those include Emerald desktop client, Emerald Wallet, as well as Sputnik VM.

How do the prices compare?

Both ETH and ETC have been through a lot, and have suffered significant losses at the beginning of the year. Since then, they had only one large increase in price, which came in mid-May 2018. However, this increase went away as quickly as it originally came, and the coins returned to their regular 2018 prices.

The lack of large changes shows stability, although it is unfortunate that it came at a lower price than many would want. Currently, Ethereum still holds the second place on CoinMarketCap, with the price of $478.14 per coin. ETC, on the other hand, is ranked 15, and its current price is $17.58 per token.

However, the possibility of ETC reaching Coinbase’s list might change things significantly for this coin, especially when we consider its recent performance and an increase in traffic. If the pre-listing rush continues, ETC could easily go over $20, and some believe that this might be only a beginning.

Another reason why ETC might rise soon is the market recovery after the Bancor hack, which has caused a drop in prices of many cryptocurrencies. If Bitcoin picks up the pace and returns the market to its bullish behavior, a lot of cryptos, including ETC, might largely benefit from that.

We should also not forget that ETC has been listed on other exchanges, even though their announcement were quickly forgotten after the one made by Coinbase. The other two, which listed ETC almost a month ago, includes CoinBene, as well as Novaexchange.

And finally, there is RADEX. RADEX is a first decentralized exchange that was created solely for EETC. It was created in its entirety by Saturn Network, and it features tools for handling and interacting with smart contracts, n addition to handling transactions.

So, obviously, ETC has been doing very well in the last few months. The question on everyone’s mind now is whether it will be enough, and if so, what can be expected in terms of its price? There are definitely some very positive developments for this coin, but the gap between ETH and ETC is still pretty big, and ETC has a lot more work to do to close it. However, it would seem that the coin is on the right path, judging by the recent developments.

Litecoin leaves Bitcoin behind in advantages, here is how