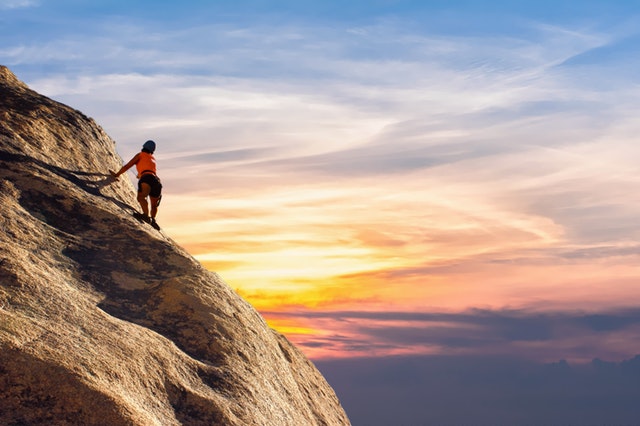 Ethereum Classic is looking forward to its 3rd birthday that should be marked on July 30th. At the same time, this marks three years since Ethereum had its first fork ever (and the last for now) which came as a result of the well-known failure with DAO, which further resulted in a massive stealth of ETH funds. That is how ETC was created as an offspring of the second-best currency in accordance with the global coin ranking list. However, with the new listings and new blockchain ventures on its agenda, ETC seems to be more than just Ethereum’s fork. Ethereum Classic is finally getting some recognition in the crypto community.

To understand the momentum revolving around getting an ICO listed on Coinbase, we just need to reflect on the fact that Ripple, one of the top three currencies in the cryptoverse, is aiming at getting listed on this exchange platform.

Besides from having listed only Ethereum, Bitcoin Cash, Litecoin, and Bitcoin, by far, so Ripple foundation feels like their XRP currency belongs on one of the top exchange platforms in the US.

Although XRP might be eligible to get listed on Coinbase, the team behind one of the biggest exchanges in the world turned their heads elsewhere, announcing that they will be adding Ethereum Classic in the following months.

This is maybe one of the most important events the ETC has become a part of for the past couple of months and further, so it is no wonder that Ethereum Classic got to see a flattering rise in its price the same day the announcement came from the official release on the behalf of Coinbase team.

The marked rise showcased a benevolent addition of 25% of gains against the dollar, which came after the official announcement of Coinbase listing, that way pushing ETC up against all the odds.

Coinbase went forward with announcing this addition to their list of trading currencies to the public even though ETC is still months away, however in their release published back on June 11th, the team stated that the public announcement of the listing makes up for a part of the process they always follow during each new currency they are planning on adding to the list of live trading assets.

In their official release for Medium, Coinbase stated on June 11th that the team is currently at step 4, which means that they are in the middle of the engineering process for adding support for Ethereum Classic, after which the technical support for ETC will come, followed by the official announcement from Coinbase.

The announcement and the launching of ETC on their official live trading list of coins will come as the fifth step in their process of adding new coins to their exchange, after which Ethereum Classic should get an official listing on Coinbase.

Coinbase added that the final date when ETC will become available on their list is still to be announced.

After having the Coinbase listing announced two weeks ago, Ethereum Classic was brought to attention when ETC got two more listings which were announced several days ago.

Novaexchange and CoinBene are no Coinbase that is for certain. For example, Novaexchange was brought into question for more than several times during the last year when it was doubted that this exchange was actually a scam.

Since these allegations seem to have not gone further than being false accusations, Novaexchange is still successfully operating, while based in Sweden.

CoinBene, based in Singapore, is another one of the announced listings for June, which might contribute to the overall exposure of ETC in the market.

RADEX was announced as the first decentralized exchange exclusively designed for Ethereum Classic.

The decentralized exchange dubbed RADEX was entirely manufactured by Saturn Network, with the launching date set the latest for June 24th, while the team ETC released the decentralized platform as previously scheduled.

RADEX will be the first decentralized exchange based for the operations with ERC233 tokens, however, the platform will not only be handling transactions but will also have the needed tools to ensure easy interacting with smart contracts.

The exchange is said to have 0% fees, which contributes to its decentralized nature, while also supporting the expansion of ERC233-based tokens.

Ethereum Classic, alongside with over 80% of currencies can be seen progressing in the market while following the latest benevolent market trend.

With the recent change in the market, ETC has seen an amazing set of gains by reaching a bit over 12% against the dollar in the last 24 hours.

After the latest change in its price, ETC can be purchased at the price of 15.80$.

A Mixed Week for NEO