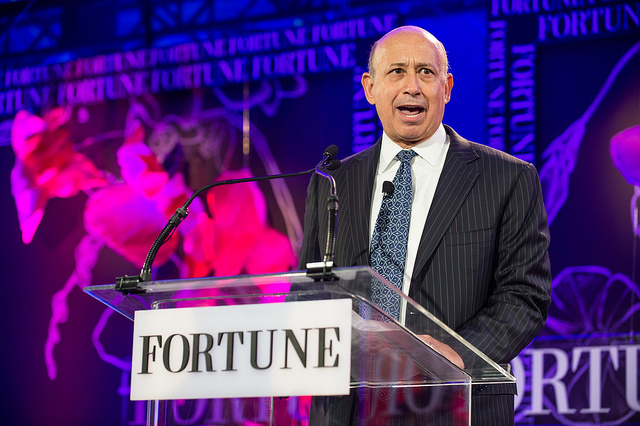 A while back, a seasoned trader once advised this author that whether you love Bitcoin (BTC) or not, the cryptocurrency is the King of The Markets. This means that BTC dictates the general direction of all other crypto assets out there. Whenever Bitcoin is doing well or is experiencing sideways movement, the rest of the coins and tokens either increase in value or also experience sideways movement. The converse is also true. If BTC tanks, the entire market falls with it. Referencing old sailing boats such as those popularized by Pirate movies, BTC is the sail needed to carry this ship of cryptocurrency markets to our preferred destination of The Moon!

Similar sentiments have been echoed by the current CEO of Goldman Sachs, Lloyd Blankfein. He says that critics who believe Bitcoin and cryptocurrencies have no future are wrong 100%. Mr. Blankfein has been open-minded about the entire cryptocurrency markets since last year and had this to say at a conference of the Economic Club of New York:

“If you go through that fiat currency where they say this is worth what it’s worth because I, the government, says it is, why couldn’t you have a consensus currency?”

During an earlier interview with CNBC, Mr. Blankfein had reminded the audience that there was a period in US history when the US government abruptly abolished the gold standard and replaced it with a currency of ‘no value’,. This replacement currency was the USD. Back then, everyone embraced the change and has been the case till now where even foreign governments hold their reserves in the US Dollar.

He used this example to reiterate that Bitcoin could one day replace the regular fiat currency used around the globe. He expressed his opinion by saying that:

By this statement, we can conclude that the acceptance of Bitcoin and cryptocurrencies will be a matter of trusting that the asset holds value the same way paper money was eventually trusted as being a store of value.

“You move a little bit further and you get bitcoin that is not a fiat currency so I don’t trust it and I don’t like it. On the other hand, if it works, I say maybe it was a natural progression from hard money to digital money.”

In summary, the adoption of Bitcoin will have to come from a global change of mentality that it is a trusted asset that holds value. This will happen in a manner similar to how the USD came to be accepted as the natural store of value across the globe. It might sound ridiculous that the USD is simply paper, but there is a global consensus that it is valuable.