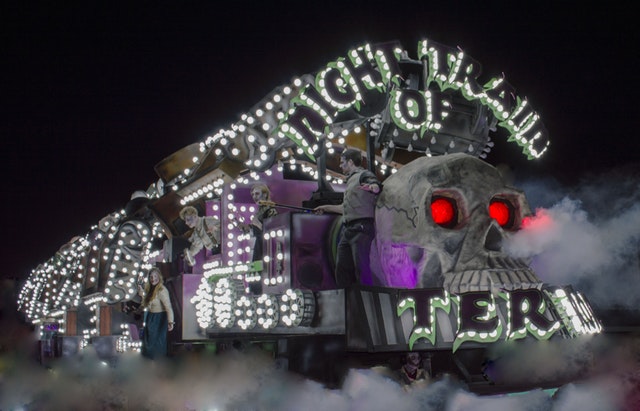 For the past few months, precisely after the shattering event of Bitcoin’s massive downfall, a significant number of slightly unfamiliar and unpopular coins have been making inroads in the cryptocurrency market. This new trend is still strongly existent as the struggle for Bitcoin and various other ostensible big guns continue. Since the beginning of this year, relatively newer coins that were tokenized just a few months ago have been doing considerably well in earning their traders’ trust than the others. Loom Network certainly belongs to this category of cryptocurrencies as it began its journey as a legitimate digital token on 14th March 2018.

The sole purpose of introducing this coin to the investors across the globe was to prove that ameliorating the transaction system is not the only objective of blockchain technology. On the contrary, it can be implemented in various industries and help them prosper. To the constantly growing online gaming industry, Loom Network (LOOM) offers the unique Decentralised Application or DApp which is likely to revolutionize the methods of game development. It also offers a platform where the Ethereum based apps can run without any interruption.

The Technology behind Loom Network:

As far as the technology of this currency is concerned, it is absolutely unique from all other cryptocurrencies that are currently traded across the globe. Like most other coins, LOOM does not have a whitepaper or even an ICO. Interested traders can simply go through its website to gather necessary information about the coin.

The technology of LOOM is mainly based on the Loom Network DAppChains that allows the development of various games and social apps in a completely hassle-free environment. The technology comes with a couple of very useful features such as:

The idea of ZombieChain originated from the need of mitigating the load on Ethereum’s blockchain that the LOOM holders currently use for developing applications. Tersely speaking, ZombieChain is a sidechain tailor-made for social networks and decentralized games. With the help of this sidechain, DApp developers around the world would be able to use the blockchain platform of Loom Network in exchange for a monthly payment to the company. It would allow the developers to afford a much more convenient and efficient paradigm.

According to James Buffy, the CEO of Loom Network, this new implementation would help developers to reach new heights in exchange for a rather small and affordable price. He also said, “Rather than having users pay gas per-transaction, developers will be able to run their DApps on ZombieChain for a fixed monthly fee. We think this is an important quality of a blockchain that plans to host DApps which require a seamless user experience.” ZombiChain would use the Delegated Proof of Stake (DPoS) consensus mechanism allowing the developers to maintain a considerably higher throughput.

The announcement of this launch was made on 23rd of May, 2018 and the implementation is likely to be completed within the next two months.

Once ZombieChain is implemented, it would not only offer a better environment for developing DApps but would make the transaction procedure much better as well. The DPoS consensus management of ZombieChain would increase the scalability of Loom Network to a significant extent leading to a more efficient blockchain ecosystem. The DPoS would also mitigate the cost of transaction for the developers.

Despite being introduced to the crypto-traders just a couple of months ago, Loom Network has managed to topple a significant number of currencies in terms of market capitalization. As of June 4th, 2018, Loom Network holds the 70th position on Coinmarketcap (among nearly 1600 coins) with a market cap of circa 211 million USD and a price of nearly $0.35. After the announcement of ZombieChain, the popularity of this coin is increasing rapidly leading to a possible upsurge in price.

As online games and applications are the future of this society, a cryptocurrency that offers developers to develop such applications in a hassle-free environment is likely to succeed. According to this notion, it can be certainly inferred that if the development team of Loom Network continues to implement such new and innovative features to its blockchain, LOOM holders can expect a lucrative 2018.

Related Topics:LOOMLoom Network
Up Next

Is Zilliqa (ZIL) One of the Best Buys of Q2?