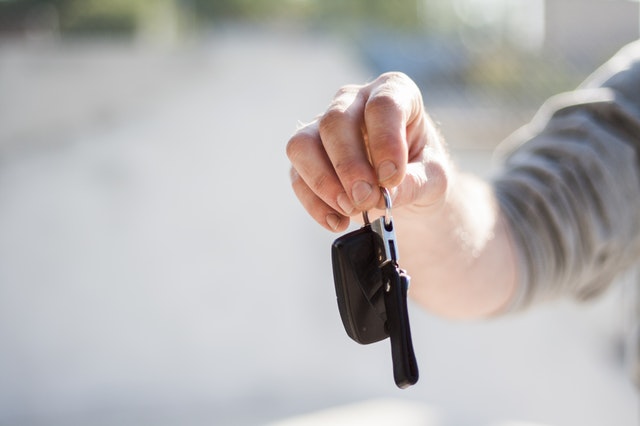 The global crypto market is slowly making its way towards recovery and during such times, investors and traders look for new investments in better performing altcoins. Among the handful of profitable altcoins which gained entry in June with a considerable rise in their respective market is Zilliqa. Zilliqa is a rather a young cryptocurrency that finished its crowdsale at the end of previous year. Zilliqa’s markets have successfully gone through May and entered June with a green indication. Zilliqa has been gaining an increasing number of followers since Q1 and thus making constant progress. In this article, we shall discuss how profitable Zilliqa trading can be and whether it’s a risk-free investment or not.

A Little about Zilliqa Project

Zilliqa was created as an open source blockchain whose aim is to achieve high scalability levels and remain decentralized. The project challenges Ethereum and Bitcoin in terms of speed of transactions and fee. Its cutting-edge technology makes it better than some altcoins out there in the crypto space. Each and every aspect of Zilliqa was carefully made to work better than the crypto giants. Many crypto traders have joined Zilliqa in its journey of becoming the Gem of the market by holding onto it since the time it was created. Zilliqa is best known for introducing mining through sharding and also for its currently under development new programming language named Scilla. Sharding means dividing a particular mining network into smaller shards.

Reasons for Investing in Zilliqa

Zilliqa is set to revolutionize the smart contract aspect of blockchain technology through its sharding technology and its upcoming releases. Its platform is designed in such a way to scale in transaction rates as the number of shards rises. Smaller mining units which are created through sharding can process the transaction by themselves and hence solve the problem of network congestion which is frequently experienced by developers in case of Ethereum platform. The upcoming Scilla, the programming language has created much hype within the community because it’s said to be extremely developer friendly and allows the testing of smart contracts before its launch. All of this gives Zilliqa markets the traction it needs making it a profitable investment.

Everyone expects to make a profit while enjoying the benefits of a certain blockchain project but it’s more than just necessary to keep a watchful eye on the risks associated with each investment. Zilliqa also has its own risks such as foreshadowing regulations which threats Zilliqa’s growth or even make it inexistent. Also, being a young project, there is always a chance of some other improved platform to be better than it and coming up with a newer, better technology all because the competition between cryptocurrencies is fiercer than what it looks like. Zilliqa’s sharding technology also gives rise to some shortcomings, for example, it requires a lot of disk space. Although Zilliqa team has hinted a collaboration with bluezelle to address these problems in the future.

Zilliqa has come a long way since it was launched on 12th January. Its now available for trading on a number of cryptocurrency exchanges and many more exchanges are now adding Zilliqa due to its hype and expanding community. As of now, Zilliqa is listed on some of the largest crypto exchanges like Binance, KuCoin, Bithumb, Upbit and Huobi etc. It’s also available for trading at EtherDelta, IDEX, Hotbit, OKEx, Bitbns, Gate.io, Kyber Network, Radar Relay, GOPAX, and Koinex etc. However, one cannot directly buy Zilliqa with dollars or any fiat currency. First, you need to buy Bitcoin or Ethereum with fiat currency from an exchange that supports dollars and then buy Zilliqa from any of the aforementioned exchanges.

Currently, Zilliqa markets are signaling improvement and progress with its individual price close to $0.127 USD which is rising with a 7.03% indication. At the time of writing, Zilliqa holds the rank of 26th largest cryptocurrency of the world. It’s impressive to note that it has been merely six months since Zilliqa entered the global markets and in such a short span it has grown a lot. Its total market capitalization is close to $933 million USD as per the data on CoinMarketCap. It’s interesting to note that according to analysis Zilliqa market has improved more than 30% in terms of its value in less than a week. It’s presently, making its way to enter the 1 billion USD market and analysts speculate that it’s only a matter of time when Zilliqa crosses the threshold and enters into the 1 billion market capital mark.

After closely monitoring Zilliqa’s movements and doing an in-depth research on its features one question arises in the mind of every crypto enthusiast, ‘will Zilliqa maintain its current performance and for how long?’. The volatility of cryptocurrencies is evident, and nobody can guarantee whether Zilliqa will make a record-breaking profit or not. But rest assured, Zilliqa is going to be one of the best players of this game all through the Q2.

How ZombieChain Launch Will Impact the Future of LOOM Network Holders

How Stable Is NEO at the Moment?