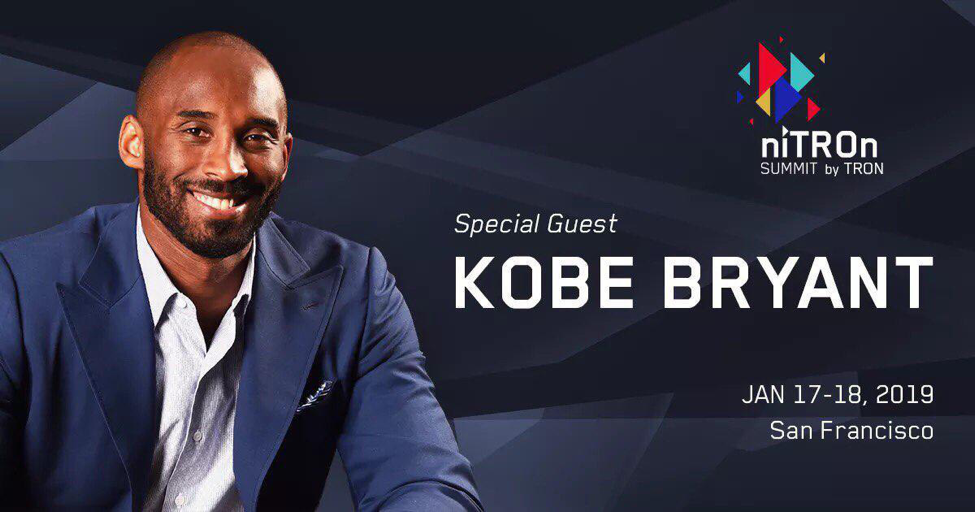 One of the foremost blockchain protocols in the industry that is committed to a vision of a truly decentralized internet; a platform that offers high-scalability, high-availability, and high-through-put, serving as the foundation for all decentralized applications in the TRON eco-system. The TRON protocol uses an innovative interface for smart contracts to improve compatibility with the Ethereum smart contract environment.

niTROn SUMMIT provides attendees with a platform for communication on a wide range of projects and allows practitioners, as well as KOLs from other industries to congregate and share blockchain solutions and innovations that will lead to groundbreaking technological advancements.

The summit will showcase TRON’s projects with follow up insights from the members of the community. Kobe Bryant, former NBA superstar, will attend the summit as a special guest.

Kobe went on to create his own business empire as the co-head of his own investment firm, investing in a sports beverage company that earned him and his investors a 30x return in 2014. His investment firm, Bryant Stibel, has invested in 15 businesses mainly in the industries of tech, media, and data. Kobe has funded The Players’ Tribune(a sports media website), Scopely (a video game publisher), and VIPKID in China.

We look forward to having Kobe share his life experience and insights with us at the summit.

Commenting on Kobe’s appearance at the niTROn Summit, Justin Sun, founder of TRON said, “Kobe Bryant is a basketball genius. I have been a huge fan of Kobe and deeply inspired by his journey. It’s my great honor to have Kobe as our special guest for the niTROn Summit. It’s worth mentioning that Kobe Bryant is not only a basketball genius, but also an investment genius. We look forward to hearing his great speeches at the summit.”

Justin Sun, born in 1990, Bachelor of Peking University and Master of the University of Pennsylvania, former chief representative for Greater China of Ripple, is the founder of TRON, the CEO of BitTorrent, as well as the founder and CEO of mobile social APP Peiwo. He was Asia Weekly’s cover person in 2011, Davos Global Shaper in 2014, named Forbes China 30 Under 30 in 2015, and the only millennial student in the first batch of entrepreneurs at Hupan University in 2015. On July 24, 2018, TRON acquired BitTorrent.Inc, the Internet technology company in San Francisco, and Justin Sun has become the CEO of BitTorrent Inc. since then.

The distributed technologies that BitTorrent Inc. designed can scale efficiently, keep intelligence at the edge, and keep creators and consumers in control of their content and data. More than 170 million people use BitTorrent’s products every month.

Learn more about niTROn, TRON’s first international summit in San Francisco. Connect with us on Facebook, Twitter, Linkedin or on our Discord developer channel.