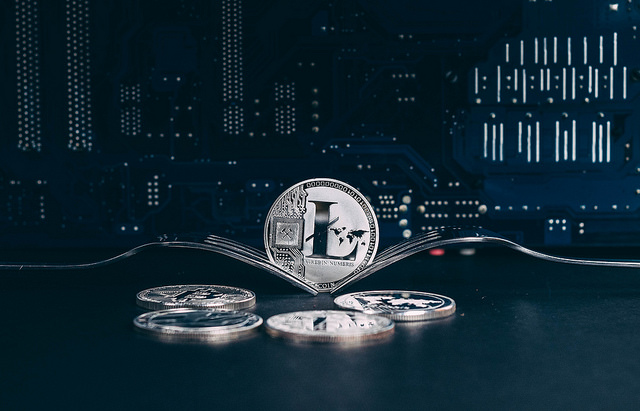 Litecoin (LTC) is still largely unstable when it comes to its price, and is struggling to handle the constant market crashes and recoveries. Still, experts believe that this might change in the near future, due to many new partnerships that the coin has entered so far.

Litecoin (LTC) has seen a lot of progress

Ever since the value of cryptos skyrocketed at the end of the previous year, nearly every coin has suffered due to many market drops. The situation was bad at the start of 2018, but it is getting better, ever so slightly, as the year progresses.

Litecoin (LTC) is not very different from others in this regard, but it has a lot of potentials to explode in the near future, according to experts. This is mostly because the coin has been getting more and more accepted and adopted into different platforms. One of the latest news regarding its progress states that it is compatible with Blocknet now.

Blocknet itself has a lot of potentials, and it works as a way to transfer data without it going through the central server. LTC’s compatibility with Blocknet will also allow for the coins to be used as a cross-blockchain method of payment. Users will now have the ability to use LTC to buy any other currency, and vice-versa. This will surely increase LTC’s exposure, as well as its popularity.

However, this is not the only achievement that LTC has had in the recent past. It was also added on Winklevoss twins’ exchange platform Gemini, and there are plans to add it to the mobile crypto wallet called Abra. Komodo (KMD) has also stated that the exchange platform BarterDEX is pairing it up with LTC, which is yet another place where this crypto is getting exposed and used.

P2P LTC trading has also become a possibility on OpenBazar, an open-source crypto exchange platform. Not only that, but this particular crypto is also being favored by one of the biggest stock exchanges in Germany, Börse Stuttgart, who is launching its own crypto-trading app, Bison.

Considering how well LTC has been doing regarding the various deals and partnerships, many are wondering why this has not reflected on its price. It has even experienced a drop in 20% during the previous week. However, the price isn’t only falling, and the last 24 hours have seen a slight increase as well.

Charlie Lee has stated that the price of LTC, despite the fact that it is dropping, still has a lot more value to it than it had a year ago. Back then, LTC was only $30, and now it goes from $130 and $180, depending on the market. Bitcoin (BTC) is experiencing the same issues, and yet, it too is much higher than it was a year ago. Still, LTC has a large increase coming up in the near future, and there are several reasons why this might happen.

The first reason why LTC might do well very soon is Bitcoin itself. After all, LTC, like many other currencies, often mirrors BTC’s behavior. However, whenever there is an increase in activity regarding the BTC transactions, its fees go up, while the network slows down. This is when the investors usually discover that LTC offers a much better deal in both aspects, and they decide to start working with it instead.

Also, LTC is now present on Coinbase, which has a constant increase in users. More users on Coinbase means more users discovering Litecoin and its potential, which will be followed by an increase of its use, as well as of its value.

LTC’s low fees and great speed are already good enough reasons to start using it. Add to that its sound platform and excellent blockchain solutions, as well as the fact that it is already a well-established project, and it becomes a very attractive alternative to BTC. The more people realize this, the more partners the coin gets. Also, the more partners it gets, the more media coverage follows. With an increase in exposure, the more people start to use it, and the whole process spins the same circle once again.

Litecoin is a great crypto, and many see it as second only to BTC itself. Its potential definitely promises that this may, in fact, be true. Compared to many other cryptos, LTC is actually pretty steady and stable, and it is believed by both Charlie Lee, as well as LTC supporters that it is only a matter of time before this crypto shines.

Cardano (ADA) – Why You should Buy it Straight Away