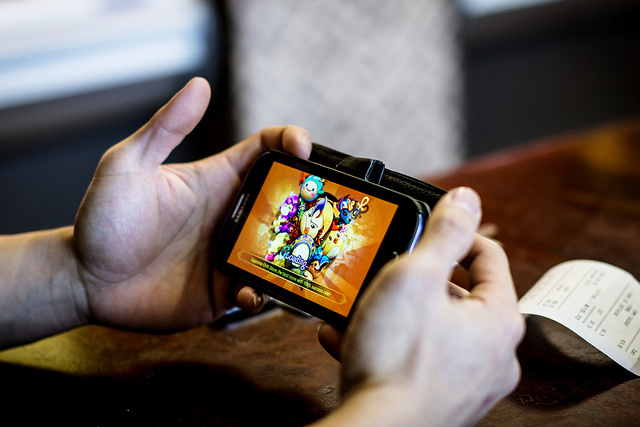 The gaming market has long-since been one of the biggest earners in the entertainment industry. In fact, the global gaming market generated just under $110 billion in revenue in 2017 alone, $82 billion of which came from free-to-play games that offered in-app purchases (IAPs).

More recently, the mobile gaming industry has been growing by leaps and bounds. Part of the multi-billion dollar app economy, the mobile gaming market is believed to generate as much as 75% of the app market revenue– a market that’s expected to be worth $101 billion in 2020. According to a study by Apptopia, developer titan, Supercell (known for popular titles like Clash Royale and Clash of Clans) generated all but a million of their $145 million revenue in 2017 from IAPs; $114 million of Activision Blizzard’s $116 million earnings in the same year were attributed to IAPs as well.

The Future of Gaming

The future of gaming isn’t console and PC games – it’s mobile gaming. More specifically, mobile games built on the freemium model. The Chinese market alone consists of 500 million people – more gamers than the United States has citizens – and is expected to be worth $14.4 billion by 2021.

As the demand for freemium games like Candy Crush and Angry Birds increases, there’ll also be a need for better payment-processing solutions that are both attractive to developers and can handle wide-scale payments without experiencing downtime.

OPEN Platform Brings a New Solution to Games and IAPs

Currently, most game purchases and IAPs are processed through digital marketplaces like Google Play Store and Apple’s App Store. Innovative for their time, these platforms are widely ineffective in the modern gaming market because of:

The OPEN Platform solves this problem by giving developers a modern payment-processing solution that’s cheaper (3% transaction fees, all of which is recycled back into the developer pool for platform incentivization) and more effective than payment solutions on centralized marketplaces.

Thanks to the OPEN API, developers can integrate blockchain technology that supports all types of cryptocurrency transactions without having to make changes to their backend. Adding OPEN Platform to new and existing apps doesn’t require blockchain knowledge or blockchain programming languages like Solidity. OPEN processes IAPs as they happen, instantly sending money to the developer wallet where it’s converted to the developer’s currency of choice.

By providing a crypto payment infrastructure, OPEN connects developers with two important markets: the traditional market and the crypto market, the latter of which is worth approximately $400 billion.

By making cryptocurrency accessible and easy to use, OPEN helps bring mainstream blockchain adoption one step closer to becoming a reality. Visit the OPEN website today to learn more about the OPEN Platform and how it uses blockchain technology to make IAPs, subscriptions, and purchases easier for your new and existing applications and DApps. If you’re a developer interested in integrating OPEN Platform into your applications, check out the OPEN Developer Contest and the OPEN Roadshow, which is currently touring the Asian market looking for top talent.