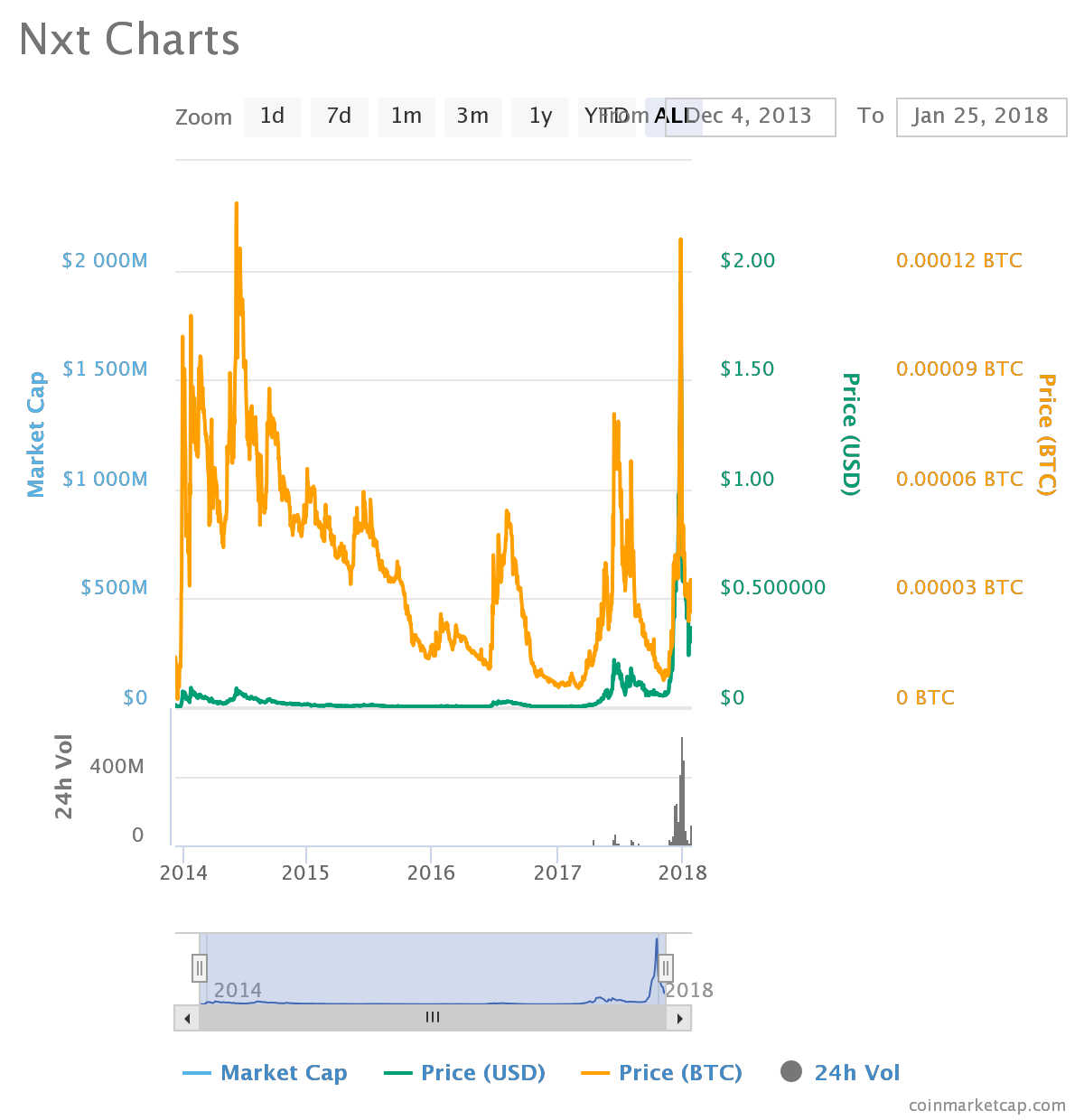 Anyone following up with the most recent news and updates on digital currencies, which became extremely popular over the course of the last year, was able to see a significant rise in the value of over 100 of different coins in December.

However, if you stuck around to see what’s next, you were also able to see the sudden drop of values of many of those same coins that first experienced a massive increase.

While some digital currencies dropped for only a couple of percents ranging from harmless -0.7% to 3% of a decline, some cryptocurrencies like NXT have suffered a horrifying decline.

December 27th and December 28th was all about breaking it or making it for many digital currencies. That is how we’ve seen even the big boys falling out of the game with Bitcoin’s example of having been reaching the peak of its glory and going to 22,000$ per one coin, then all of a sudden dropping to 10,000$ per one coin in just the last couple of days of December.

The 28th was mainly rough on even those coins that were thought to be stable, although many of the currencies that have suffered the drop only experienced a minor decrease ranging from -0.7% to -7%.

However, NXT surprised everyone when its percentage of drop in value reached -48.57%, which is the most significant downfall this currency has ever had.

That is how NXT lost almost 50% of its value, trading this currency at 1.26$ then dropping in the next 24 hours at just 0.41$ per one coin. People who had managed to sell before the price fell were probably the trigger factor for having the price drop so low.

What often happens with the market when some shares, or digital currencies in this matter, have a sudden increase in value many traders are willing to sell to make a profit. That happened with different coins during the past 30 days, at the same time the last month of the current year that experienced a benevolent rise in value.

Many people wanted to sell these currencies in exchange for “real money” instead of using the coins and increasing interest. This might have led to having the value of sudden coins suddenly drop as low as for -50%.

Whatever the reason may be, losing interest and decreased attention for NXT or something else, as it is at the current moment, investing in NXT might not look as promising as it was before.

However, although NXT’s value dropped for almost 50%, the total net worth of this currency still makes up for 649.3 million dollars, which indicates that this is not the last we’ve seen of this cryptocurrency.

You might remember John McAfee and his twitter recommendations on some digital currencies he found very interesting. He was later accused of setting up the market for his own personal gain as the value of the mentioned cryptocurrency significantly jumped after issuing recommendations via his Twitter handle.

The tweet was posted on his official Twitter account which caused the public to start doubting in his advice and see through it as a scam for gaining personal profit.

That is how NXT was mentioned in one of John McAfee’s tweets only a day ago. Apparently, someone was able to break through Twitter’s security and hack John McAfee’s account, posting recommendations for buying certain digital currencies. Among the “honorable” mentions, McAfee’s followers were able to see NXT as well.

The problem was that all of the mentioned currencies, posted by an anonymous hacker who managed to break through the password and take over McAfee’s account for a while, were all dropping at the moment.

And what is the most interesting thing about this online scandal is that for a moment there, many people didn’t want to waste their time, so they took John McAfee’s advice and started to invest in the mentioned currencies, altogether with NXT. All of these coins in a matter of hours started to experience unpredictable increases. That didn’t last for too long as the price went down soon afterwards.

John McAfee, given his Twitter account back, explained that the tweets were not originally posted by himself and that his account was hacked, although it was now recovered.

This is just a reminder of how a person, who is considered to have a certain authority when it comes to analyzing digital currency market, can affect general opinion and later actions of different investors.

What will happen to NXT?

Although NXT experienced a horrifying drop in value in the past 24 hours, this digital coin is still showing promising opportunities to those who choose to stick with it although its drop almost reached -50% during the past day, dropping from over 2 dollars per coin to only 0.41$ per one unit. Many people are now curious to find out more about the future of this coin, especially those who invested in this cryptocurrency.

We will be updating our subscribers as soon as we know more. For the latest on NXT, sign up below!

Here’s What We Make Of The Recent Viuly (VIU) Run

Swingby is the “warp-speed” protocol for inter-blockchain swaps. It allows all DeFi users to move assets between blockchains without a trusted party.

Today, Swingby announces its first mainnet network will be released on the 28th of December; it will bridge native Bitcoins onto Ethereum via Wrapped BTC (WBTC).

The initial bridge will enable the most liquid digital asset in the world (Bitcoin), currently valued at a $300 billion market cap, to be moved onto the Ethereum network to tap its $10b DeFi ecosystem.

“This launch will be pivotal to Swingby. After December 28th, Swingby will have a fully operational Chaos-Mainnet network which will be generating a tremendous amount of value to the world of DeFi and bringing in a large number of new users” – Yusaku Senga, CEO

Why is this big news for DeFi?

On December 28th, Swingby will be launching its first Chaos-Mainnet bridge, allowing users to easily move their bitcoins into WBTC on Ethereum without the need for a trusted party. Similarly, the bridge can be used in the opposite direction allowing WBTC-ERC20 tokens to be moved back into native BTCs.

What’s so special about it?