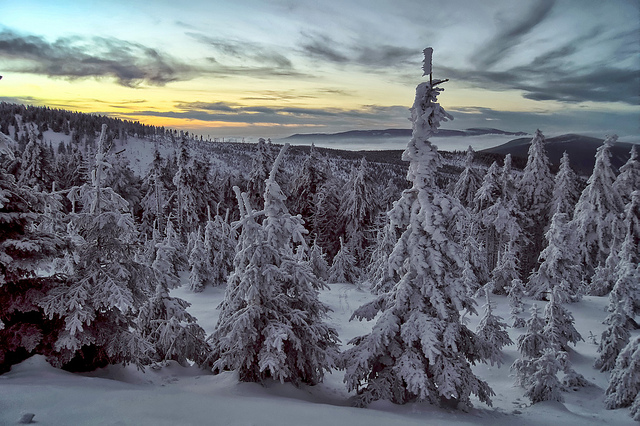 Tron is taking actions rapidly for the launch of its mainnet. As Justin Sun claimed, the TRX airdrop to the Ethereum (ETH) community had completed successfully a day ago. Even though there was a little slide after the completion of Tron’s Ethereum airdrop the price of TRX is gaining the upper hand at the moment. At the time of writing, according to coinmarketcap.com, the price of TRX shows approximately $0.085 USD (4.87%) and the market cap is nearly $5,595,045,954 USD (As of 8th May 2018). Meanwhile, Tron manages to hold onto the top ten position at coinmarketcap.com.

Talks about Tron launching its own mainnet had been going on for a while. It is expected that the transaction speed will significantly increase while the Ethereum blockchain struggles to confirm more than 25 transactions per second. The developers’ team of Tron did not just stop with the TRON Mainnet launch. They continue to add new features and upgrade the original version. Yesterday, on 7th May 2018, the Mainnet was upgraded to Odyssey-v.1.06 that introduces several features like vote freeze and vote defreeze. The bandwidth-based mode in transfer, a part of the Tron Mainnet continues to be there in the updated version. Reward redemption is another feature that has been added to the Odyssey-v.1.0.6 version also. The modules and mechanisms present in the TRON Mainnet version have been developed at large and the focus was on enhancing the overall performance. The update of Tron Mainnet shows that the developing team is working hard to keep a steady rate of progress.

The BTC chain uses proof of work mechanism while ETH will most likely shift from the POW mechanism to POS in the future. Although EOS has not released its own mainnet officially, the platform uses DPOS mechanism and also features smart contract functions. According to the CTO of Tron, Lucien Chen, the design of the TRON Mainnet may be quite similar to that of EOS but the focus of the Tron team is on the core functions mainly. The features of the updated version of TRON Mainnet include improved security features and Function test module (TESTING).

The bandwidth-based mode will help in preventing DDoS attacks that generally occur during account transfer. Thus, the users will feel more secure during a transaction. Vote freeze, vote defreeze, and vote redemption have also been added to offer flexibility. The multi-thread parallel verification/signature module, on one hand, adds to the security and on the other hand, increases the number of transactions confirmed per second. Tron also focuses to optimize the peer to peer module such as to improve the broadcast efficiency. The developers also plan to optimize storage performance by bringing in an indexing mechanism that is memory-efficient. The focus is also on improving the interaction protocol and on fixing several known bugs.

“This update offers much smoother connections, higher TPS thanks to concurrency techniques, and a more wholesome, more decentralized voting system.”

DDoS has always been a threat to the public chains as blockchain is decentralized. The developers of Tron updated the mainnet to Odyssey-v.1.0.6 by introducing bandwidth-based mode to give the users a more secure experience.

BTCC Pool had announced on 2nd May 2018 that it will run for Tron super representative election. The strategic product of BTCC is considered to be stable, safe and transparent. Their servers are found throughout the world and has earned the support and trust of the miners due to low-latency and low-rejection features of the network. The objective of BTCC Pool is to see to the development of the blockchain ecosystem as well as to strengthen the security of the digital assets. At the beginning of this year, it has been seen that BTCC Pool had experienced some developments as it had strategic cooperation with HashCloud, the cloud computing power brand.

Within 3rd May, 30 large organizations including BTCC Pool took part in the super representative election of Tron Foundation. TRONSR RANKING used the public information provided by the election candidates to make a daily ranking of these candidates. This will help the community members to do an analysis before the vote. Tron Foundation had also announced on the same day that the token migration is slated for 21st June and 26th June will see the first election of 27 super representatives.

Recent adventures of Tron also include solving the issue of the bug of OOM of solidity node. Bittrex, Bitfinex, and Gate.io revealed that they support the upgrade to Odyssey-v.1.0.6, mainnet and token migration of Tron while Coin Tiger listed TRX on their platform. Therefore, with so many supporters and the latest ventures of the Tron network, TRX is surely one of the top cryptocurrencies in 2018 and beyond.

Siacoin: Why Investing in SC Could be Lucrative for Traders This Year