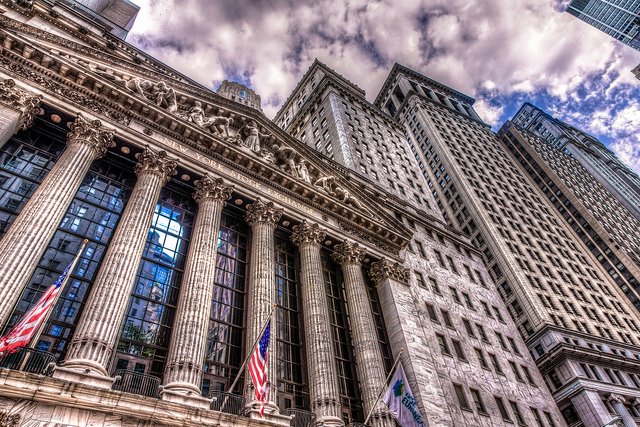 When it comes to stock brokering and lucrative investments, the influence of Wall Street on the entire world economy cannot be denied. For centuries, Wall Street has affected the global economy, including various business organizations and brokerage firms around the world both in positive and negative ways. As far as the current scenario is concerned, the overall market trend is slightly bearish and as a result, both novice and experienced investors are finding themselves under an inordinate amount of pressure. Very recently, the Fed raised the rate of interest for the sixth time since the financial debacle occurred in 2009. As an obvious repercussion of this incident, several stocks are undergoing massive downfalls causing considerable losses to many traders.

Under such circumstances, a large percentage of the investors are looking for an alternative where the scenario is not this bleak and that’s where the cryptocurrencies come. Although the cryptocurrency Bitcoin was introduced in the year 2009, the active trading of these currencies didn’t commence until 2011. Now, there are nearly 1800 such currencies available in the market besides Bitcoin. Despite the fact that the stability of the cryptocurrency market largely depends on the stability of Bitcoin, some very popular Altcoins are also exhibiting considerable potential. Litecoin can certainly be included in the group of such coins.

Here, a few aspects of Litecoin would be discussed that would help you comprehend why this coin can be a decent alternative to stock trading for Wall Street investors.

This cryptocurrency was introduced to the crypto-market to offer an ameliorated alternative to the first cryptocurrency Bitcoin. As a result, Litecoin comes with several advantageous features that Bitcoin, despite being the most popular digital currency, is unable to provide. Such features include:

b. Stability and security: Litecoin uses a Scrypt algorithm in lieu of Bitcoin’s SHA-256 algorithm. As a result, Litecoin offers a much-sophisticated blockchain program that is nearly impregnable for the hackers. Also, Litecoin’s price does not get affected by the drastic changes in the price of Bitcoin. It offers stability unlike most other cryptocurrencies available at the moment.

This cryptocurrency has been a part of major market events in recent times. Some of those events include:

As of this moment, the price of one Litecoin is nearly $160. This currency holds the fifth position on Coinmarketcap with a whopping market capitalization of nearly 9 billion USD (as per the data of 26th March 2018). With the current listings and major events on the line, the trend is likely to show another surge very soon.

As for the Wall Street investors, Litecoin is capable of providing the stability that is mostly unavailable in the rest of the cryptocurrency and the stock market. The Scrypt algorithm used for the development of Litecoin also accounts for its security by providing an impregnable firewall. In November 2017, the overall Litecoin market experienced a rise of 3000 percent after Bitcoin had reached the $10,000 mark. Litecoin, being one of the leading currencies among these Altcoins, can be an extremely promising prospect for the investors in Wall Street.

Related Topics:LitecoinLTCWall Street
Up Next